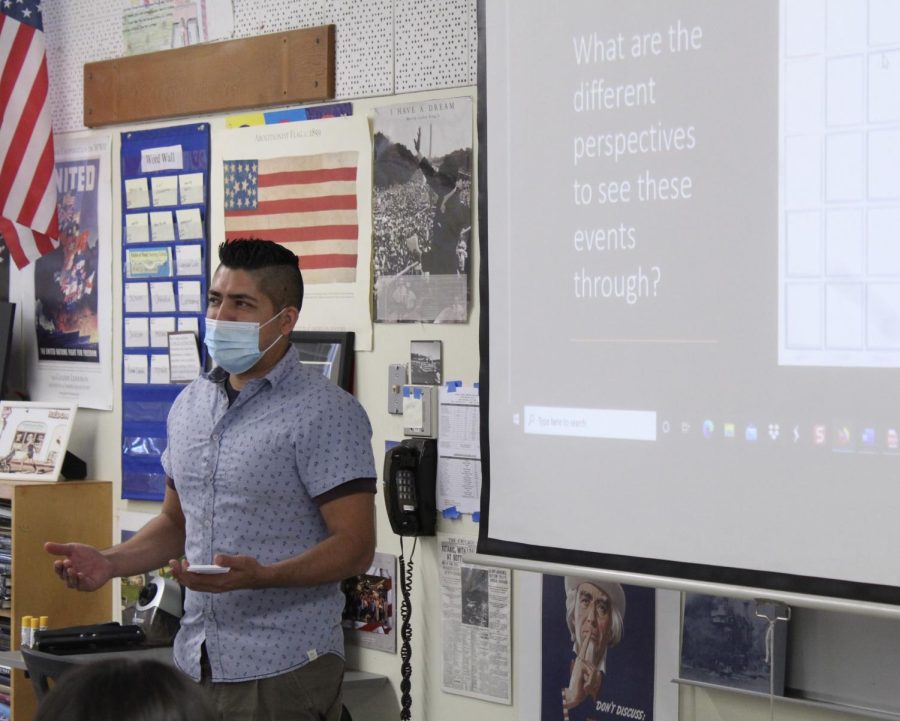 History teacher Francisco Ortega leads a discussion in his third period AP World History class on the different perspectives of the World War II bombings of Hiroshima and Nagasaki.

English teacher Ronald Baer tries to include books from multiple different authors in his units to create a sense of diversity in class.

Texas schools have recently banned some books that discuss topics of race, sexuality and gender, according to NBC News. This is a result of local parents and conservative groups requesting hundreds of books, such as “The Perks of Being a Wallflower” by Stephen Chbosky, banned from Texas school libraries because they view them as problematic or inappropriate for school environments. Meanwhile, some Daniel Pearl Magnet High School (DPMHS) students say that book bans aren’t beneficial to the education and awareness of students.

“I do think it’s wrong and it’s like trying to hide a sense from everyone that they should know in order to be educated,” freshman Genesis Cuellar-Figueroa said, who is Salvadoran.

Students feel that there aren’t enough perspectives being taught in their classes and many important details are left out in the Los Angeles Unified School District (LAUSD) history and literature curriculums. Some believe that censoring certain aspects of history doesn’t teach students the full story that they are meant to hear and learn about. Others think that there should be more depth into different historical and literary perspectives, rather than just focusing on well-known names and figures. Senior Jose Arcilla says that there should also be more diversity in foreign language courses.

“There’s some cultures that I feel like they’re not validated in the eyes of the academic world in high school when compared to Spanish, French, Chinese…,” Arcilla said, who is Filipino. “What makes it less of a language than the other ones?”

The LAUSD history curriculum is often focused on eurocentric culture and history. There are some students who rarely feel represented in the history books and some who feel important parts of their culture get overshadowed. There is a desire for more discussion on Eastern regions such as Russia and Southeast Asia, as well as Jewish culture. In the DPMHS English department, the curriculum added one novel by an author of color per grade level, such as Angie Thomas’ “On the Come Up,” in the summer of 2020 to diversify its book collection. Just this month, English teacher Dejanae Sharp received copies of “Things Fall Apart” by Chinua Achebe for her 10th grade honors class.

“You definitely get different viewpoints (in our classes), but there’s more from cultures that we’re already surrounded by,” sophomore Liam Curran said, who is white. “And we just don’t know a lot about people from other countries, especially that aren’t talked about too much.” 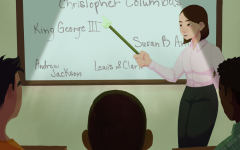 Social sciences teacher Brenda Helfing tries to maintain diversity in her lessons by incorporating a variety of historical viewpoints. In her U.S. history class, students discussed the lives of Native Americans before European contact. Other topics include the journey of African Americans being brought into slavery, as well as the role of women during the Civil Rights Movement. However, Helfing says it is difficult to cover everything with the current 4×4 schedule.

“When I’m planning, I’m using a variety of sources,” Helfing said. “It’s just a matter of time of exposing the students to it, but I really can’t do it just as a whole course with the time constraints.”

California Governor Gavin Newsom signed legislation last October to mandate that all California high schools require ethnic studies as a semester-long course. High schools will start to offer courses as early as 2025, with the mandate taking full effect in the 2029-2030 school year. Newsom hopes it will bring more academic opportunities for students as they learn about people from different backgrounds and the roles they played in society.

“I think it’ll help a lot of people feel more comfortable and heard, and maybe feel better about themselves and their family’s (culture) knowing that it’s not just something no one’s heard of,” junior Ashley Harrison said, who is Black and Jewish. “It does exist and it is history.”