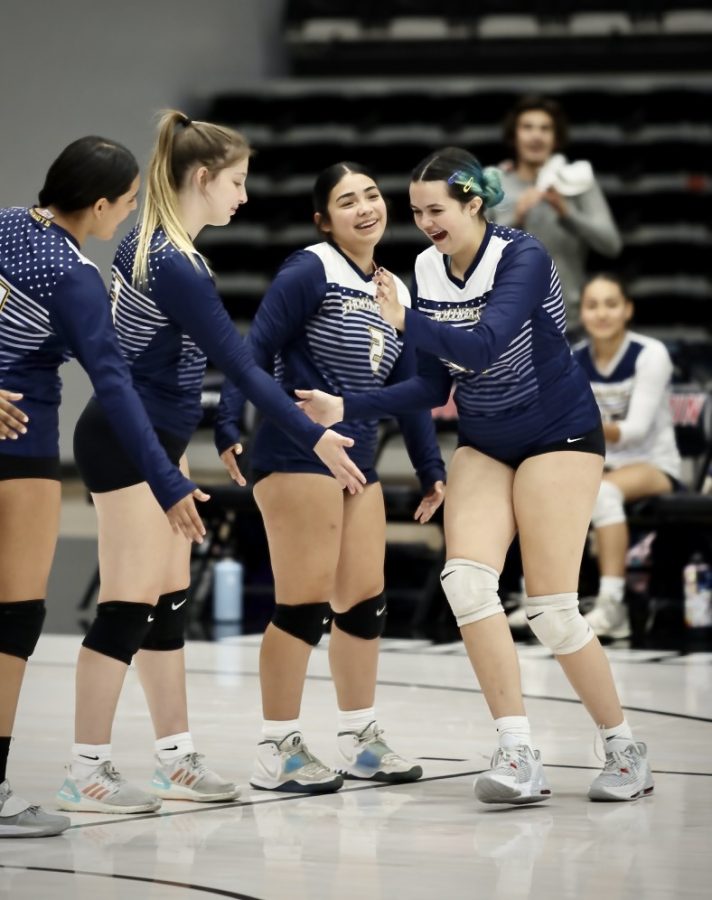 “I think at one point we got too tense about how we were playing and we weren’t comfortable in trusting one another,” team captain and middle blocker Silcott said.

The city championship match took place at California State University, Northridge (CSUN) and ran a total of four sets with an outstanding start for the Patriots, closing the first set of the game 25-18. The San Pedro Pirates came back from the loss with three straight set wins, securing the victory. Though the Birmingham Patriots lost 3-1, they put their hearts and souls into the game. Silcott took it upon themself as the team captain to make their voice heard in order to lift the team’s spirit.

“I’m screaming the entire game,” said Silcott after the game. “And that’s what I’m going to keep doing.”

At the end of the game, medals were handed out to both teams. During this tender moment, the BCCHS Patriots accepted their second-place medals with smiles and teary eyes.

“Once we got to the third set and I saw the morale going down completely, it started to clear up in my head that we might not win this,” middle blocker Losino said.

After taking the weekend to regroup, Silcott, a senior, was hoping to make the most out of her final season by winning the state championships. Instead, the Lady Patriots came up short, ending their season 18-15. Although the team’s ability to get so deep into the playoffs is admirable, the sting of loss will take some time to fade.

“Our goal the entire season was to get a ring and to win championships, and so to get so close and lose was really difficult,” Losino said.