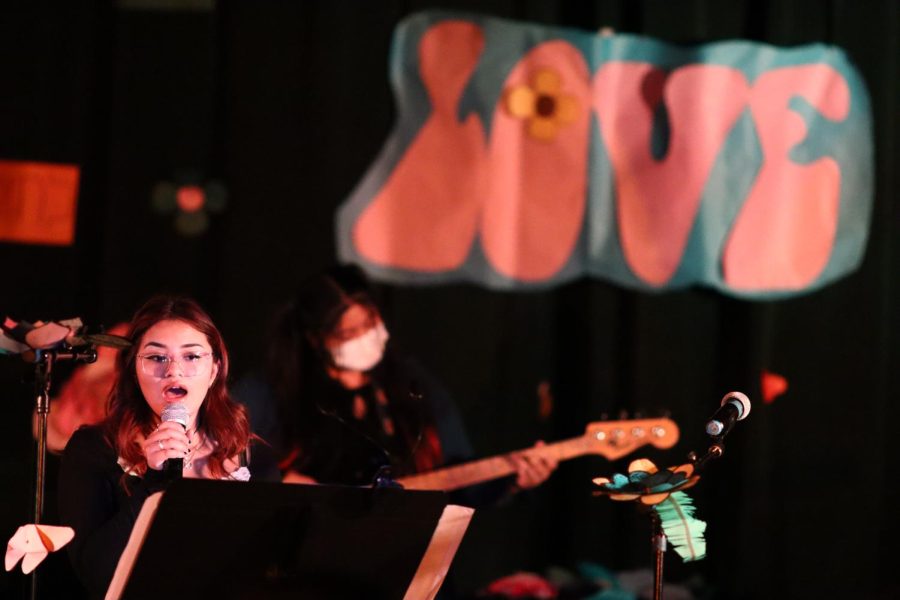 After spending months practicing for the event, Daniel Pearl Magnet High School’s (DPMHS) 13th World Music Day (WMD) is finally here, available on YouTube for streaming. Musicians performed in two concerts on Oct. 26 for students, during periods two and three. A third concert was played on Oct. 27 at 7 p.m. for parents.

To most of the student body, this was their first in-person WMD, due to COVID-19 restrictions altering the performance for the past two years. For seniors, this is their first in-person WMD since ninth grade. In the 2020-2021 school year, students played for the school over Zoom and streamed it on YouTube. Last year, it was back on campus, but there was no live audience for the performers, following social distancing and mask guidelines.

“When I was a freshman, I was nervous for the seniors because I’ve never seen that before and now performing it as a senior in front of my underclassmen and my peers I think it’s really trivial for me,” said senior Vince Gillen, who sang Elvis Presley’s “Can’t Help Falling in Love” and Billie Eillish’s “TV.” “But I feel amazing at the same time.”

Following the theme of “Live, Love, Laugh,” the MPR was decorated with the words, bright and bold, standing out for the audience to see in multiple languages. The concert was introduced with four different languages: Armenian, Hebrew, Spanish and Tagalog. Students could see themselves and their cultures represented in the show, with non-English songs being performed at the show like the Pinoy band Eraserheads’ “Magasin” and Mexican band Zoé’s “Love.”

“I think it’s a fun experience that you can share with friends and family,” said sophomore Alia Galvan, who sang Zoé’s “Love.” “It’s a fun, really fun time and I think it’s a great opportunity for anyone who wants to come out of their shell.”

For many performers, it was their first time playing in front of a crowd. Their songs were celebrated by the audience, with whoops and cheers ringing across the MPR. Some students even flashed their phones, mimicking the experience for everyone to feel like what a professional band’s concert looks like.

“I noticed that I had friends. Whoever is playing the same song, they’re also nervous,” said senior Ralph Uy De Ong, who played the drums for Weezer’s “Island in the Sun” and Sam Fender’s “Spice.” “So having the same stress or same emotion, we kind of relate. So I’m like ‘No, we’ll be okay.’”

What was unique about this WMD was that all the songs were chosen by students. Prior concerts would feature songs entirely or partly selected by music teacher Wes Hambright, but this year, the entire tracklist was chosen by students, then given approval. This approach to the event is something Hambright is interested in continuing to explore.

“I think that when you’re performing a piece of music that you’re choosing and you’re passionate about it, it comes off in the performance and I think that these (performances) showed that,” Hambright said. “These students chose these songs and are really inspired to perform them well.”

When each concert came to a close, the audience’s applause only seemed to increase in volume. People called out singer’s names, shouting congrats loud enough that even the instrumental amplifiers were drowned out by the noise of the students.

During the beginning, two intermissions and end, pieces of Daniel Pearl’s life were shared as part of the event. The pieces were bits of his life accompanied by a brief anecdote about Pearl’s youth written by his father, who was unable to attend the concert this year.

Every year, DPMHS performs the concert in honor of the slain journalist during his birthday month. The concert is meant to celebrate his legacy.