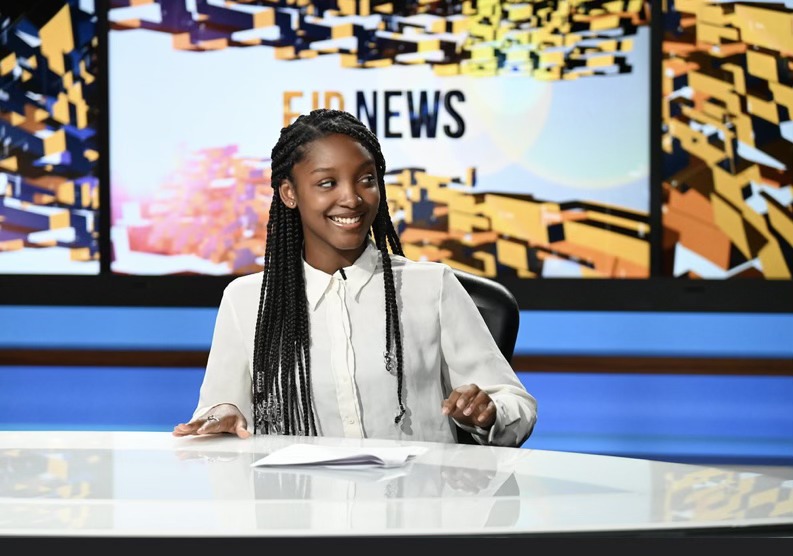 With bedtimes as late as 2 A.M, mornings as early as 6 A.M, coffee at the local coffee house and breakfast with 17 other high school students, the Emerging Journalist Program (EJP) became a highlight of my summer as soon as it began.

The Scripps Howard Emerging Journalist Program began in the summer of 2022 and I was lucky enough to be a part of the first graduating class of the program. Being given around $300,000 in grant funding from the Scripps Howard Foundation, program coordinator Colin Donohue and Journalism Coordinator Kelly Furnas made it possible for 18 high school juniors to have an all-in journalistic experience at Elon University, Greensboro North Carolina. Even with a short 10-day-long program, I went on a fulfilling adventure that most people never get to have.

After an exhausting overnight flight to North Carolina with fellow editor of The Prestige Yearbook Naamah Silcott, we landed on June 20 and were greeted by 16 high school students from the East Coast. Naamah and I had already identified them from their profiles on the EJP website but finally meeting them, after around two months of waiting, was still a rush. We met Donohue and Furnas, got into Elon University vans and headed to EJP.

Over the course of those 10 days, the 18 of us were drained by the end of every one of them. We were on a tight schedule of workshops, field trips and more. We worked within the Elon University newsroom on stories and broadcast packages while taking lessons on how to write stories and record said broadcast packages in the same day.

We all got introduced to one another and jumped right in. We assigned stories, got together a game plan of what the angle would be and what kind of photos we wanted and then we got out in the field to get the job done. I took on two stories, one about the campus’s new Maker Hub with Naamah and my friend Lilliana Molina. The second story was on how new college freshmen were adjusting to the transition from high school to college, with Jashiya Maynard-Woods.

After writing, we started making voiceovers and taking B-roll for the broadcast segment. We then took our finished projects and created an entire broadcast special and a 12-page newspaper issue.

While everything was back-to-back, it made the experience feel synonymous with a professional newsroom. And after hours of working with almost strangers, we headed back to our dorms to talk, party and watch “The Umbrella Academy” until 2 A.M almost every night. Our counselors didn’t mind, which was a highlight of the experience.

Being in those dorms was such a personal experience. While I did room with my friend Naamah, snuggling up in pajamas, wrapping my hair for the night and getting comfortable around people I had barely known made this whole ordeal feel very intimate. Since we were spending so many days straight together, we stopped caring about our appearances and things like that. We just got comfortable with each other and that was really something rare.

Eating breakfast, lunch and dinner with these people made it feel like a little family by the end. At the graduation ceremony, I have to admit, I don’t think a single person left that room without shedding at least one tear. From the heartfelt goodbyes from our counselors and sincere commendations from our advisors, I can honestly say that whoever enters this program next year will have a hard time beating the standards we set.

All jokes aside, I made friends for life. Friends who would let me know if they’re visiting L.A. in a heartbeat. Friends who will never let go of the group chat we made, we still text almost every day. Friends who are just as driven as I am, if not more. I couldn’t be happier to have gotten an opportunity like this and if you’re a high school junior, you might want to try it out too.