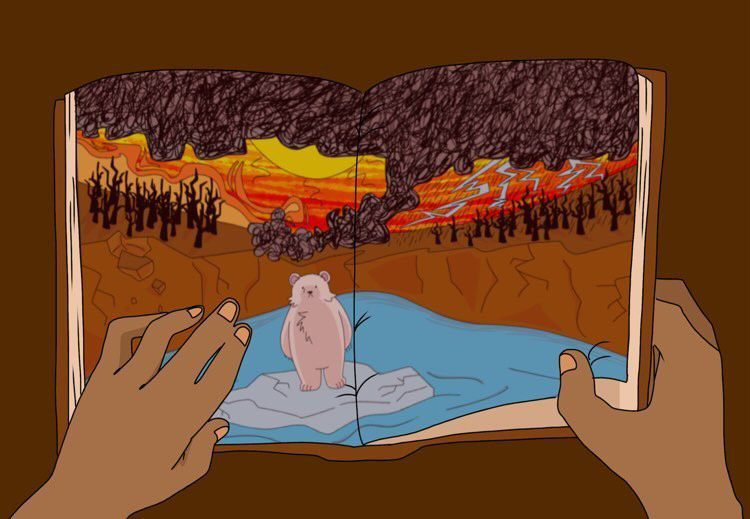 Many Daniel Pearl Magnet High School students have said they haven’t learned much about climate change in the classroom and they say they hope the Climate Change in Education bill will change that. AB-1939 was passed in the California state assembly on May 5 and will move on to be reviewed in the California State Senate.

In previous years, freshman Genesis Cuellar has not learned much about climate change in the classroom and its effects on the environment.

“When it comes from past experience, I don’t think there was much that was shown or how we should act quickly about it,” Cuellar said. “But there were certain times where it would get big like it was a trend to teach or learn about it. If there was news talking about it, the teachers would talk about it.”

That might soon change for California students. The Climate Change in Education bill, or AB-1939, was introduced on Feb. 9 and passed the Assembly on May 5. It will require science and English K-12 curriculum to teach their students about climate change, the long-term changes in temperatures and weather patterns. While some teachers have already implemented this into their lessons, others are preparing to make that change if the bill passes the senate.

“Our school system constantly needs to be keeping up with the scientific material,” science teacher Timothy Hughes said. “The scientists say that climate change is happening and there are proven factors that are causing it to happen and there are effects that we are already witnessing. So teaching about the new scientific discoveries is important to keep ourselves and our students up to date.”

The recent event of NASA scientist Peter Kalmus’s arrest during global climate protests has also sparked interest in the topic among students and teachers. All together, five people were arrested while peacefully protesting. They spoke about how scientists have been ignored for decades, telling the public that climate change is destroying the environment. Students and teachers have agreed that the arrest was unjustified.

“Assuming that they were peacefully protesting and assuming it was well in their constitutional right, it’s ridiculous they got arrested,” senior Diego Hernandez said. “They were only speaking the truth over things we should already know about.”

If AB-1939 passes in the senate, the curriculum will “include an emphasis on the causes and effects of climate change and methods to mitigate and adapt to climate change,” according to the bill. If approved, the new curriculum will go into effect during the 2023-24 school year. DPMHS students are glad to hear that something is being done about climate change in education since over the years they have not learned much about the issue.

“It’s present in our society today and it’s a real thing,” AP Environmental Science student Dior Felicitas said. “Not just the basics of how weather works, but students should know that there are other factors to climate change. A lot of adults today don’t know what exactly climate change is. So, I feel like it’s important regardless of whether or not you are in AP Environmental (science class).”

Things like generating power, cutting down forests and transportation all contribute to climate change becoming more and more of a global problem. With the help of AB-1939 bill, students will be able to learn how to help the environment. Since the bill passed the assembly on May 5, it will now move on to the senate and the bill’s co-author Assemblywoman Luz Rivas is excited about this development.

I was in Scotland for the UN Climate Change Conference in November and there were a lot of young high school students demanding that they learn more about it in school.”

“My vision is that young people can come out of school aware of this issue and help us solve climate change,”  Rivas said. “I was in Scotland for the UN Climate Change Conference in November and there were a lot of young high school students demanding that they learn more about it in school.”

Though science teachers have already worked on adding climate change education to their curriculum, they are happy to see that something is being done about the topic being taught throughout the state. Hughes says he had his students read part of an IPCC (Intergovernmental Panel on Climate Change) last semester and make a slideshow based on what they read. Morrison teaches AP Environmental Science, so the curriculum’s main topic is the environment, especially climate change.

“I’m teaching AP Environmental (Science), which already has many social, economic and environmental topics,” science teacher James Morrison said. “For me, it’s not going to change much of what I teach. Really, the rest of the country is catching up to California teachers.”

Assemblywoman Rivas hopes that this curriculum will encourage younger students to get more involved with the idea of climate change. She believes the opportunity to teach children about what is currently happening in the world is a great way to start helping the environment and help to stop climate change in the future.

“I became passionate about climate change education because here in California as a state legislator, we work on policy-related to climate change,” Rivas said. “It’s a big policy issue area here in Sacramento. So it made me think: How do we better communicate what’s happening with climate change to the public and to children?”