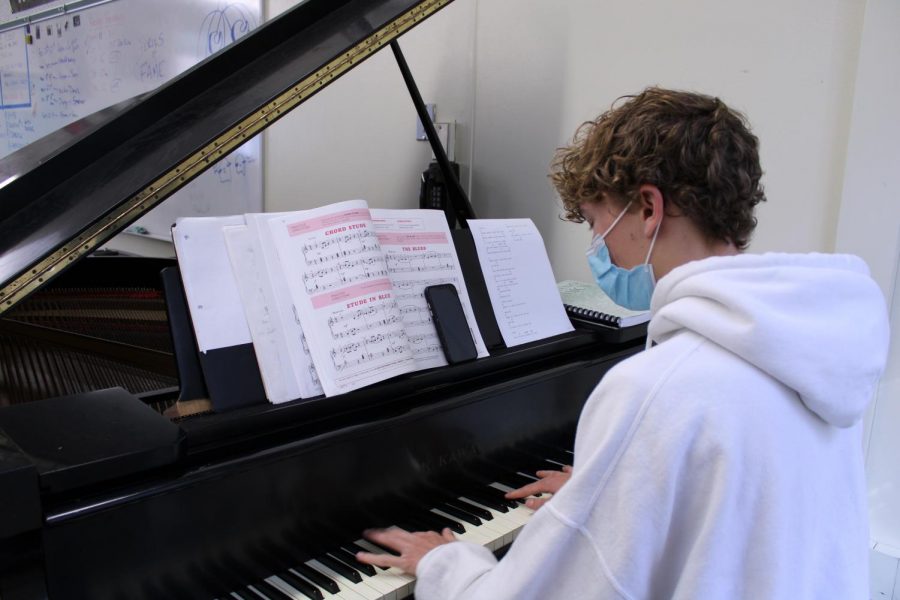 Senior Spencer Vance practices during lunch on Oct. 6 for his piano solo of Rachmaninoff’s “Prelude.” 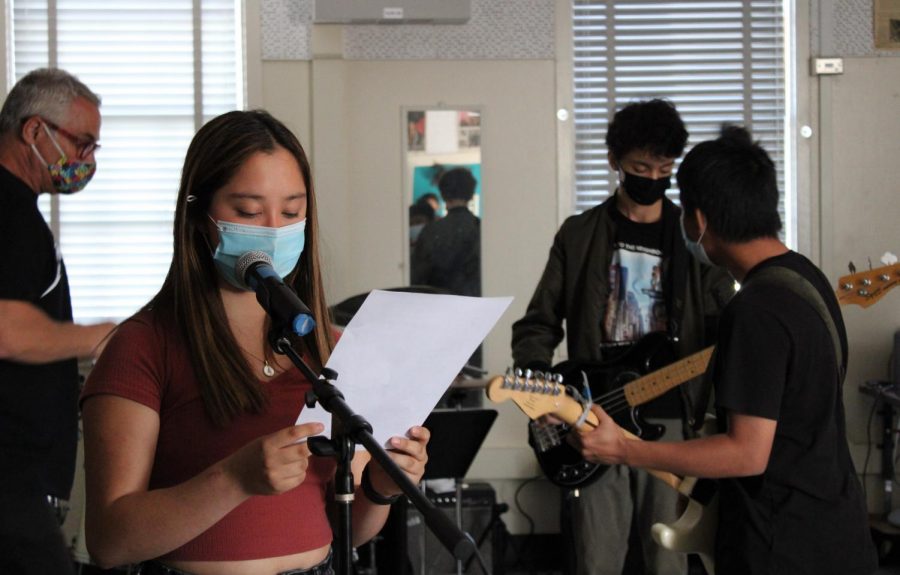 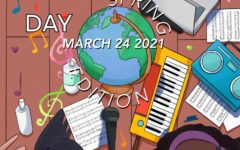 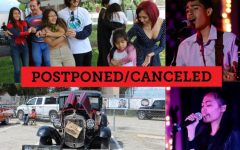 Events canceled, postponed because of coronavirus

Since he was five years old, senior Spencer Vance has been practicing piano. And now those years of practice have led up to the privilege of performing once again for his final World Music Day (WMD).

“I was originally just forced (to play piano) and then I took a little break. Then I actually found a passion for it, so I started to pursue it as something I enjoyed doing instead of something that was forced upon,” Vance said, who is performing in “Let It Be” by The Beatles as well as Rachmaninoff’s “Prelude” piano solo in C sharp minor.

While last year’s WMD was virtual, this year the students are finally back in the music classroom and preparing for this year’s WMD with each passing day. As of now, there are no planned live shows for the school audience due to COVID guidelines.

World Music Day is an international event with concerts worldwide to honor journalist Daniel Pearl and his passion for musical arts. It’s usually held in October to recognize Pearl’s birth month, with last year being delayed due to the pandemic. This year’s WMD theme is about the freedom to come back to school and be with other people, with the musicians also having the freedom to make music alongside others once again. The musical lineup ranges everywhere from alternative rock such as music from The Strokes and The Beatles, Rachmaninoff piano solos and some cello performances, which music teacher Wes Hambright is especially looking forward to.

“That’s kind of what music is all about really,” Hambright said. “Playing with other musicians.”

The performance is planned to be recorded and posted on YouTube. Although Hambright and his students would like to perform live for the school, there have been many constant changes in their plans, specifically because of how enclosed the MPR (Multi-Purpose Room) is. Nevertheless, the students are still doing their best to make sure this year’s show lives up to the previous ones, no matter the situation.

“The students are working very hard and they’re very dedicated to putting on a great show,” Hambright said. “Not only music wise, but we also have a crew of design and decorating people who are coming up with ideas for how we’re going to decorate the MPR.”

Senior Jose Arcilla, who is also the TA for Hambright’s class, is another one of the musicians performing this year and it will also be his final WMD. Arcilla has been involved in WMD for three years and he’s been playing guitar for around five years. This year, he’s performing in many of the songs including “Last Nite” and “Reptilia” by The Strokes.

“It’s kind of bittersweet to know that this is my last World Music Day, but I think that it’s a good opportunity for me and my bandmates. I know it’s going to be a good time,” Arcilla said.

Usually there would be performers every year who practice their skills gradually over time, however because of the pandemic there are some new musicians this year that have to learn and practice within a month. While the learning curve has brought a challenge, Arcilla feels that the COVID protocols haven’t given them any trouble.

“The distance between us doesn’t really matter because we know that we connect using the music,” Arcilla said.

Another student participating in WMD is sophomore Samantha Fuentes, who will be performing for her first time. She will be performing her first cello duet with senior Derek Calderon in “La Cinquantaine” by Gabriel Marie. Fuentes chose to perform this year because she thought it would be great motivation after not playing her cello for over a year.

“I’m looking forward to learning the piece and mastering it,” Fuentes said. “It’s really rewarding in the end.”