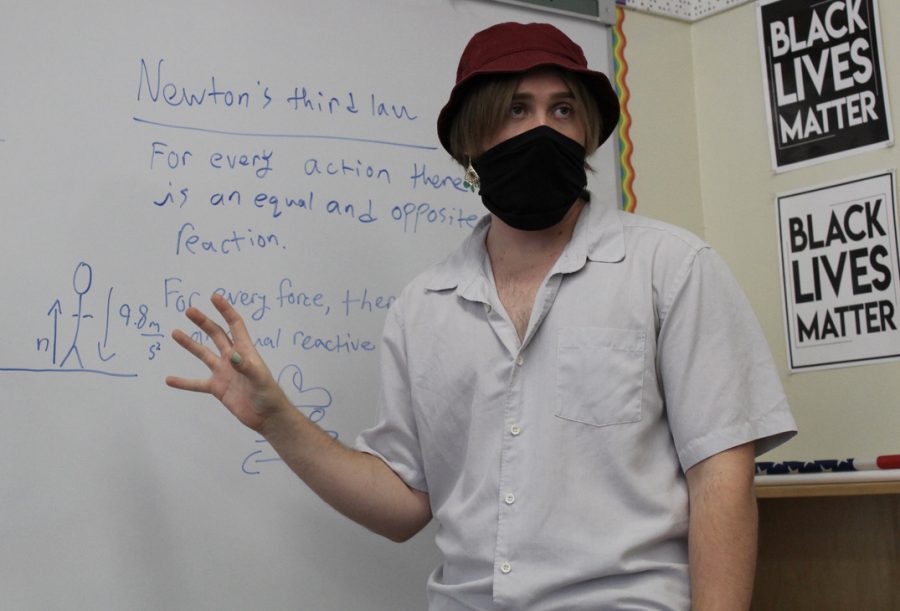 ‘A lot of people think they can’t do science or can’t do math and I want to change that mindset.’ 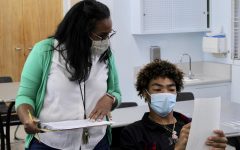 Timothy Hughes thinks there are many big problems with the American education system and he wants to be a teacher to take his part and change that.

“Well, I think being a teacher is one of the ways to make the most difference in the world,” Hughes said. “I love science and I’m good at writing and speaking too, so that works to be a teacher too but also my true passion is in making a social change in people’s life.”

Hughes is the new chemistry and physics teacher, replacing Mayada Hatamleh, who left at the end of the last school year.

Before coming to Daniel Pearl Magnet High School, Hughes was a student-teacher at Lakeside Middle School in the Inland Empire. He was also working on a master’s degree in education at the University of California, Riverside.

DPMHS was the first school where Hughes interviewed with and he liked what he saw at this school.

“Mr. Petrossian hired me to be here, after an interview I had with him,” Hughes said.

Hughes incorporates social change in his science classes by “giving a space to kids where they can be respected or feel capable because in Los Angeles, there’s a large population of black and brown people and other people that have consistently been kept out of spaces like scientific spaces and educational spaces. And so creating a space where those people can feel included, and like they have the chance to do well in those things, I think it’s really important.”

Hughes likes that instead of giving out work right away, he decided to take some time to get to know his students and the staff at DPMHS on the first day of school.

“I was able to spend time instead of making the kids do a bunch of math and science work already and take some time to get to know some people,” Hughes said. “I think it seems like the students really liked it and so did I, so that would be my highlight.”

He liked that the classes are small, fun and he got to know his students very quickly. Hughes believes it’s just easier to stay organized in a small school and he likes the students he has this year. He also likes how the students are bright and energetic.

“I think it is really important to engage that justice in our education system,” Hughes said. “I love science because I think a lot of people think they can’t do science or can’t do math and I want to change that mindset.”

During Hughes’s free time, he loves to listen to a lot of music and watch many horror movies only when he gets a chance to do those things.

“I want the students to know that I care about my work and I’m available for the people to get help with anything they need,” Hughes said.