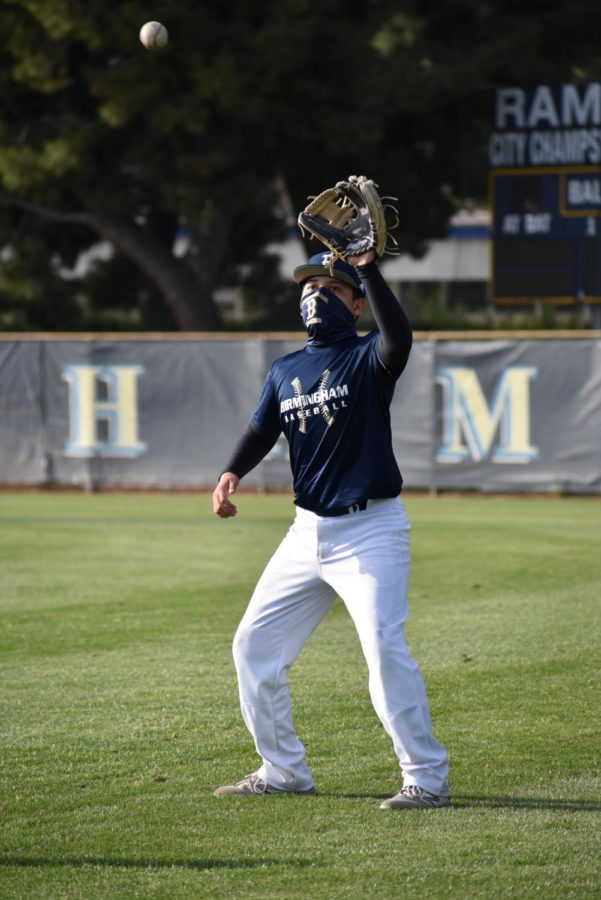 Freshman Derek Vasquez is one of several student athletes who continued to play the sport they love during unprecedented times.

Student athletes hit the field as sports resume this spring.

Sports practices are now being brought back after COVID-19 hit and it’s as good a time as ever to take a look at some of the young, eager athletes who plan to make these seasons their own.

It’s sophomore Diego Nuno’s second year playing baseball for the Patriots and he plans to try and have as much fun as possible. When Nuño started playing baseball at six years old he only played for the fun of it but has since extended his sights in the past few years with hopes to one day compete professionally.

After playing volleyball for three years, sophomore Naamah Silcott wanted to add a little something to her high school experience so she joined the Volleyball team. Now playing Varsity, Silcott hopes this year can be a new opportunity to meet new people and form a better bond with her teammates.

Sophomore Sabrina Robertson is in her second year of swimming Varsity and she’s as excited as ever to start meeting up with her teammates again. After swimming for nearly her whole life, Robertson began swimming competitively when she was seven years old. Having a passion for the sport, she immediately joined the swim team in her freshman year at Daniel Pearl Magnet High School and hopes to keep swimming for as long as she can.

Sophomore JV Basketball player Kennedy Fayton Guzman has been playing Basketball for the past six years. She’s only ever played for the fun of it and doesn’t plan on making a career out of her skills but even so, Guzman is as eager as ever to get back onto the court with her team and have a great season.

After playing baseball for about 11 years now, it’s freshman Derek Vasquez’s first year  pitching for the  Birmingham Patriots. Since baseball is his family’s legacy, Vasquez hopes to one day be recognized by 4-year universities and continue baseball through college. When it comes to short term goals, Vasquez hopes to make it to varsity baseball in his sophomore year.

Freshman Christian Mateo is in his first season playing center field for the JV baseball team and he is only just beginning. Mateo started playing baseball nine years ago when he started learning to play from his dad. Now Mateo looks forward to playing in front of big crowds and getting to know his team. He hopes to one day become a well known baseball player.