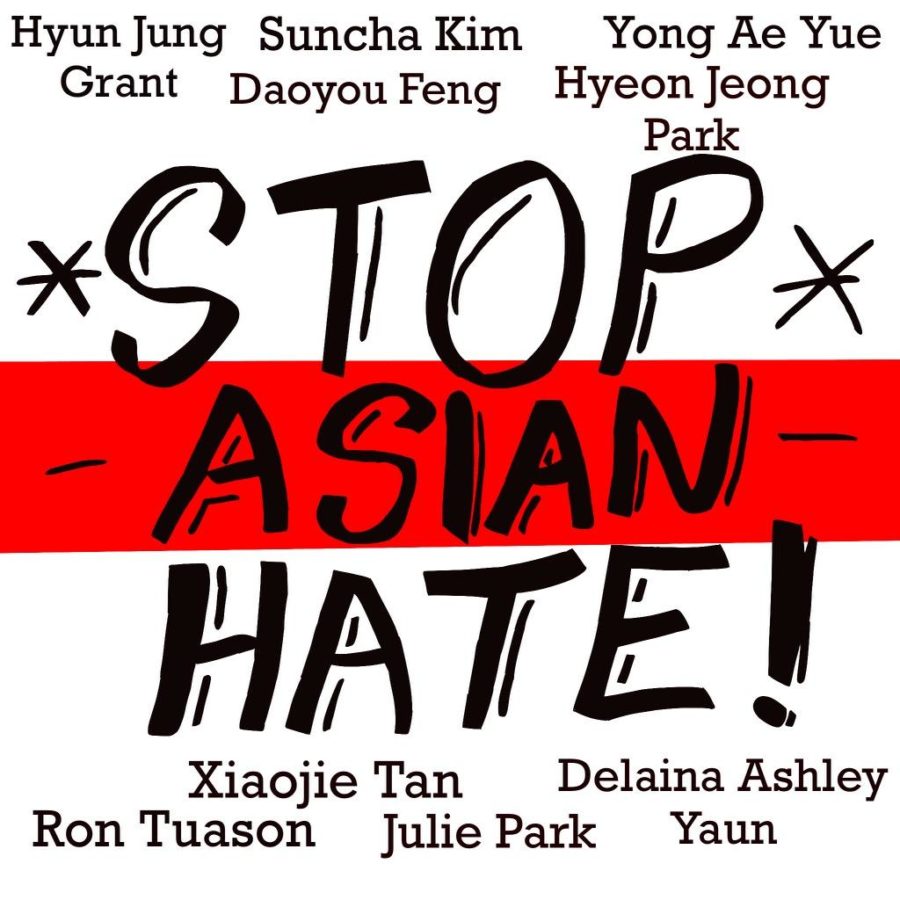 The shooting in Atlanta, which killed six Asians in the process, was the last straw for many. The increase of hate crimes toward the Asian community, further increases the awareness students bring concerning the issue to #StopAsianHate.

With the recent increase in hate crimes against the Asian community, more and more people have been speaking up about the racism and xenophobia in the U.S..

“Seeing my friends, students and schools come together and talk about these issues really gives me a sense of hope,” math teacher Lori Seo said. “Things were very different when I was in high school so it really does make me hopeful.”

In the last few months, there have been many racially motivated attacks toward the Asian community and many of them have been directed toward Asian elders. This massive increase started happening with the start of COVID-19. More recently, the shooting in Atlanta, where a man named Robert Aaron Long walked into three different Asian owned businesses, killed eight people, six of the victims being of Asian descent.

“Honestly, it’s just really upsetting that this is happening,” senior Amelia Sanchez said. “It’s like we are going back in history. Asians haven’t done anything to deserve this hate for something they can’t control.”

Hate crimes toward the Asian community have increased by 150% in many major cities in the U.S. between 2019 and 2020. With racism toward Asians being so normalized throughout the years, many people are speaking up in hopes that the issue can be recognized and taken seriously.

“I think that the hate crimes that are going on to the Asian community is just outrageous,” junior Cameron Frank said. “As an Asian person myself, I feel like I have to be more aware of my surroundings than I normally would be.”

With more people speaking out against racism and the Stop Asian Hate movement, there are a lot of people being openly hateful to the cause. On March 21 dozens gathered in Diamond Bar, a city with a large Asian poulation, to protest racism and violence against Asians and Pacific Islanders. During that rally, a man drove through the intersection while yelling racist things. Fortunately, there were no injuries reported. A woman in New York City was not so lucky. After attending a rally to protest the Atlanta shooting in New York, a woman was attacked by a man after he saw her homemade protest sign. She was punched in the face and this case is currently being investigated as a hate crime.

“Just bringing awareness is very important,” senior Jovanny Dominguez said. “Taking action is very important as well. If I were to witness first hand a racist act, I’d do everything in my power to put a stop to it.”

Even students who aren’t Asian have been posting on social media about these issues. With the small Asian population at Daniel Pearl Magnet High School, many say it’s important for everyone to speak up and help them.

“The more people who speak about this issue the more people the news will reach,” junior Adam Martinez said. “This isn’t something that should be ignored. Non-Asian people need to help the Asian community and we all need to come together.”

Although racism toward Asians has always been around, it wasn’t until recently that people started speaking up about less severe acts of racism. Asian-Americans have been experiencing things like getting made fun of for their eye shape and have Asian languages mocked for a long time but society has been pretty silent about it.

“When I was in high school, everything was more hush-hush,” Seo said. “Even if someone said something racist, it was considered rude to call someone out about it.”

Asian-Americans continue to experience small racist offenses all the time. Especially students, racism at school is so frequent and people within the Asian-American community have dealt with it for far too long.

“I’ve had people squint their eyes at me,” Frank said. “People have also referred to me as a ‘ching-chong’ multiple times.”

The fact that many people are speaking up about racism and violence against Asians is amazing. Spreading awareness and bringing attention to these issues are very important and hopefully there will be a day where racism toward Asians and everyone else is non-existent.

“I hope this all comes to an end real soon,” Dominguez said. “At the end of the day, we’re all human and that’s all that should matter.”