BCCHS football team tackled out of quarterfinals by Garfield High 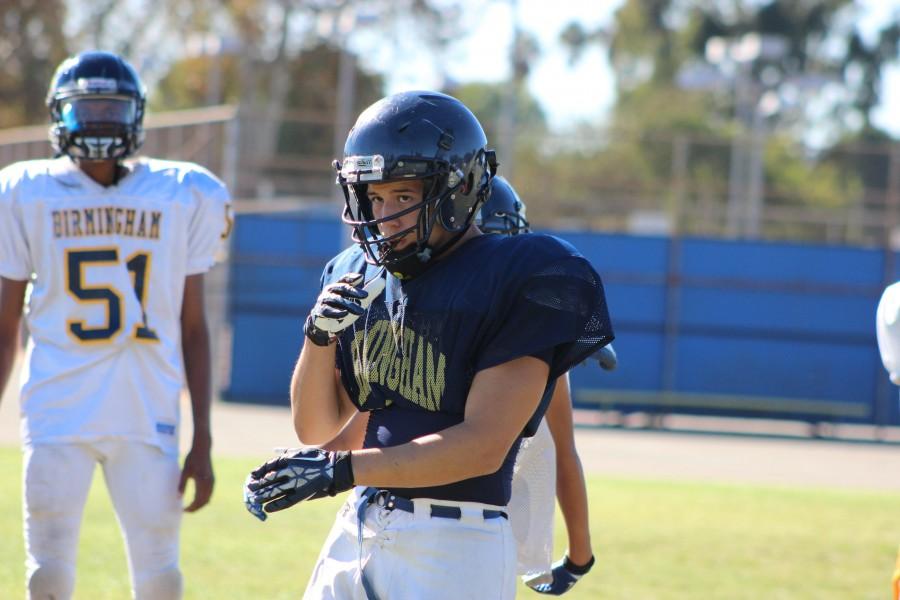 Junior Stanley Cea practices under the sun at Birmingham Community Charter High School’s field with his fellow teammates as they prepare for playoffs to begin. The Patriots were able to make it to playoffs. They defeated Banning High School 30-36 on Nov. 21and were able to play in the quarterfinals before losing to Garfield.

The team won their previous home game against Banning High School, 36-30. Daniel Pearl Magnet High School linebacker Stanley Cea recently had an injured knee so he sat out for the game. But his teammate, fellow linebacker Eric Flowers,played in the game.

“The reason the team lost was because we started off slow,” Flowers said.

In the beginning of the season, the team was in a losing streak due their inexperienced varsity players. However, as the season continued the team gradually got better as individuals and as team, which help them win homecoming and other important games that followed.

“There aren’t any issues with the new players,” Flowers said. “Basically almost everyone on the team has already played their first varsity game.”

Now that there are no further games for the football team until the upcoming new year the they are now just keeping themselves busy and prepping for their final year as seniors.

“Our coach just leaves it up to us to practice. During six period, we all just do weight lifting and training,” Flowers said.

With all the physical training that the team has been doing Flowers thinks they can improve as well on their discipline and their sharpness. While Flower’s believes that more work is needed during the team’s practices in order to improve their skills, Cea believes that more attention should be placed during their games.

“I believe that we need more focus and just to play every game to our hardest,” Cea said.