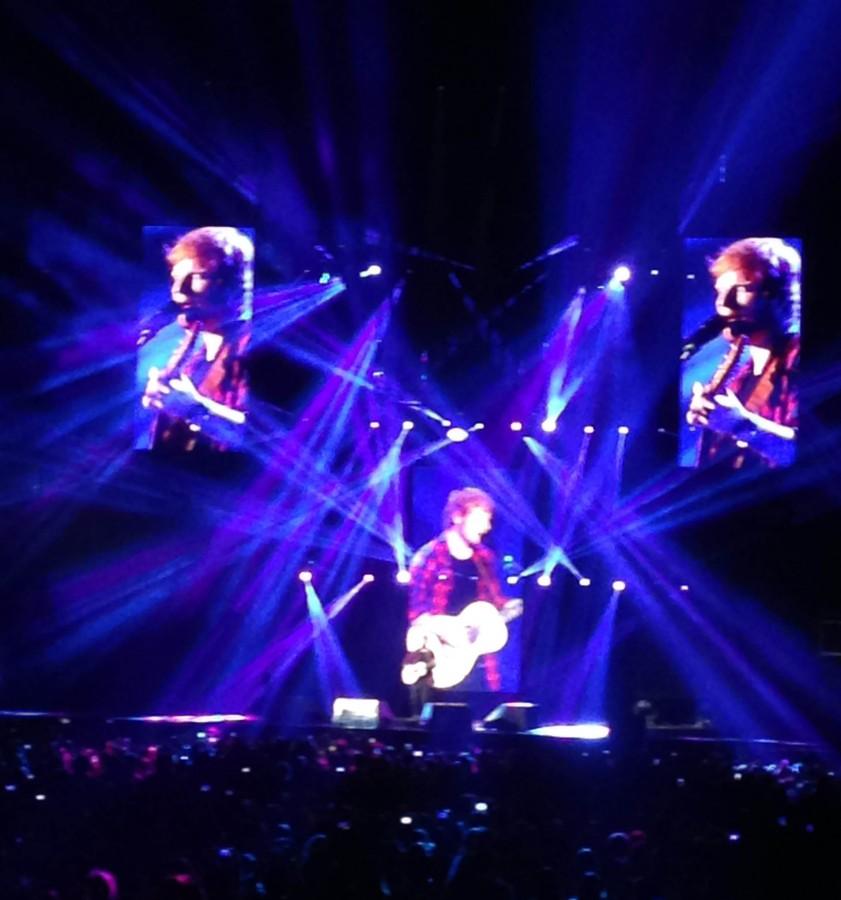 The Staples Center was filled with over 16,000 roaring fans whom which anticipated for the one and only, pop folk singer/songwriter, Ed Sheeran on the night of Aug. 27.

Rudamental was the opening act and got the crowd hyped up and ready for Sheeran. After their arousing performance and a short intermission the room suddenly got dark and eager fans began blaring the name of the talented singer everyone has been impatiently waiting for. Fog surrounded the stage and the crowd went wild once they saw the blinding spotlight hit the empty stage awaiting for the presence of Sheeran.

“My name is Ed and my job is to entertain you and yours is to be entertained,” Sheeran called out to his restless audience.

He grabs one of the various guitars he uses throughout the show and passionately sings “I’m a Mess”, from his new album “X” which came out on June 23. Songs were also sang from his first album “+,” including “Lego House,” “Drunk.”  and “Give Me Love.”

During his performance of “Afire Love” he requested his ensemble of fans to not scream while he sang the song. Everyone took out their phones and waved their flashlights in the air as Sheeran serenaded the crowd.

After singing 13 straight songs Sheeran thanked his fans and walked off the stage. As he left the screams of his crowd grew louder and louder. Sheeran re-entered the stage once again and did an encore consisting of, “You need me, and I don’t need you”, “Sing”, and “Chasing Cars” with Gary Lightbody.

Although the concert was deafening due to thousands of screaming fans, the music was alluring.