‘I am first and foremost guided by the needs of students’

In an interview, Superintendent Alberto Carvalho discussed his goals and the progress he's made in his new role. 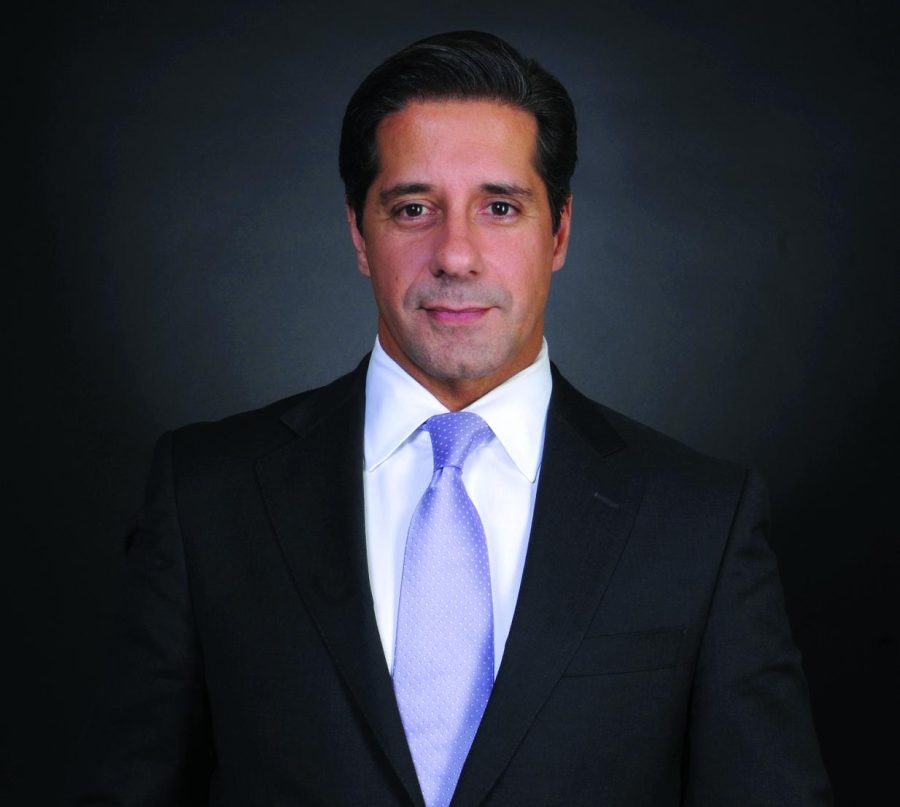 Superintendent Alberto Carvalho is not afraid to make a strong impression. Even on a quick phone call, he bluntly asserted his ambitious vision for the nation’s second-largest school district and appeared to have overcome the need to breathe between sentences through mere passion.

“It’s really not just a plan, it’s what I’m doing,” Carvalho said in an interview with The Pearl Post. “I believe in (the Los Angeles Unified School District). You believe in LAUSD. Let’s tell the stories of the opportunities that are created in our schools.”

Carvalho began his job as superintendent of LAUSD on Feb. 14. Since then, he released a 100-day plan, outlining his goals to “learn, assess, communicate and act.” According to the Los Angeles Times, Carvalho’s plans include lifting some COVID-19 safety measures, working to address educational inequities and helping students recover from academic learning gaps. As he continues leading the district and enacting his plans, Carvalho has repeatedly emphasized how he prioritizes input from many stakeholders.

“It’s important for him to have a lot of different points of views,” freshman Benjamin Recinos said. “(He should) see why he disagrees. It’s okay to have a different opinion.”

One of the main tasks Carvalho is faced with is making decisions regarding the district’s COVID-19 protocols. As California delays its school vaccine mandate, which was set to go into effect this fall, LAUSD’s plan for requiring students to be vaccinated next semester is now up in the air.

“Things change and the ability of our system to pivot very quickly shows the fact that we are a science-based district where the decisions that we make are informed, not by speculation, not by opinion, but by the expert advice of medical entities and public health officials,” Carvalho said.

Carvalho has received mixed reactions over his response to the district’s pandemic protocols. On March 23, LAUSD lifted its indoor mask mandate, a controversial decision that Carvalho spearheaded.

“I’m okay with the COVID restrictions,” sophomore Daniel Ortiz said. “They’re not that hard when you get used to them. But I’d like better sanitation. It’s just the tables (that) tend to get messy.”

As enrollment declines  across LAUSD, fears over school closures have taken hold. To combat this worrying trend, Carvalho is working to allow parents and students to have increased specialized program choices. He discussed school options that focus on visual and performing arts, coding, dual language immersion and other focuses, such as DPMHS’ theme of communications and journalism.

“I think one of the most important opportunities we have is by diversifying the types of offerings in our school system, particularly in areas where currently there aren’t many choices,” Carvalho said. “But we need more spokespersons for this endeavor. And I think, you know, students aren’t often associated with awareness campaigns for the school system, but why not?”

Funding Title 1 schools, such as DPMHS, is another priority for Carvalho, who outlined several ways he’d like to assist Title 1 schools in his 100-day plan.

“If you approach the work from a lens of equity, Title 1 schools are by definition schools that reflect a higher level of poverty for students and appropriately resourcing the students is critically important,” Carvalho said. “So this is a way of leveling the playing field.”

One of the most heated debates in the world of LAUSD politics is the district’s often fraught relationship with the teachers union. In response to The Pearl Post asking about his outlook on United Teachers Los Angeles (UTLA), Carvalho focused on discussing the importance of prioritizing students during negotiations. He did say, however, that he wants UTLA and LAUSD to have “respectful, reasonable, rational” interactions.

“I’m hoping (he) is friendly to the (teachers) union and friendly to teachers,” science teacher Timothy Hughes said. “I think that’s a really big factor because working with teachers means working well as a district. If we have to be fighting with high district administration, then nothing is going to be as efficient as it can be.”

Another challenge the district is facing is the shortage of school staff, including teachers, substitute teachers and bus drivers. DPMHS has a vacant math teacher position and has been unable to find a replacement, causing students to have a long-term substitute and continue their learning using the online platform Edgenuity. DPMHS has also had a vacant magnet coordinator position for the past month.

Carvalho is attempting to mitigate the harm of the shortage in the short term by temporarily reassigning 420 credentialed, out-of-classroom school staff members into teaching positions. In the long term, he has several plans including awareness campaigns, career recruiting at in-state universities, out-of-state universities and Historically Black Colleges and Universities.

“It’s a matter of attempting to recruit second career individuals,” Carvalho said. “Also, there’s an opportunity to explore opportunities for creation of programs that would engage in college loan forgiveness for individuals who would commit to teaching in public schools, particularly in urban settings.”

Carvalho has consistently reiterated his priority of listening to student voices and has worked regularly with students during visits to various LAUSD schools. Several DPMHS students, including junior Yvette Mandujano, would like the district and Carvalho to examine some of the district’s current policies.

“I would like the district to improve dress codes because I see that whether people follow them or not, it’s always more directed towards girls,” Mandujano said. “It’s like, discriminatory. You don’t attack clothing, you attack a person.”

As Carvalho navigates his role, he brings with him extensive experience and acclaim. He was previously the superintendent of Miami-Dade County Public Schools where he oversaw substantial, measurable district improvements. He was also named the American Association of School Administrators (AASA) Superintendent of the Year in 2014.

In the face of support, criticism and commendations, Carvalho is off to a productive start. Now he’ll have to continue to advocate for his optimistic goals.

“What I’ve learned is at the end of the day, I am first and foremost guided by the needs of students,” Carvalho said.