LGBTQ students, allies stand up to hate during Day of Silence 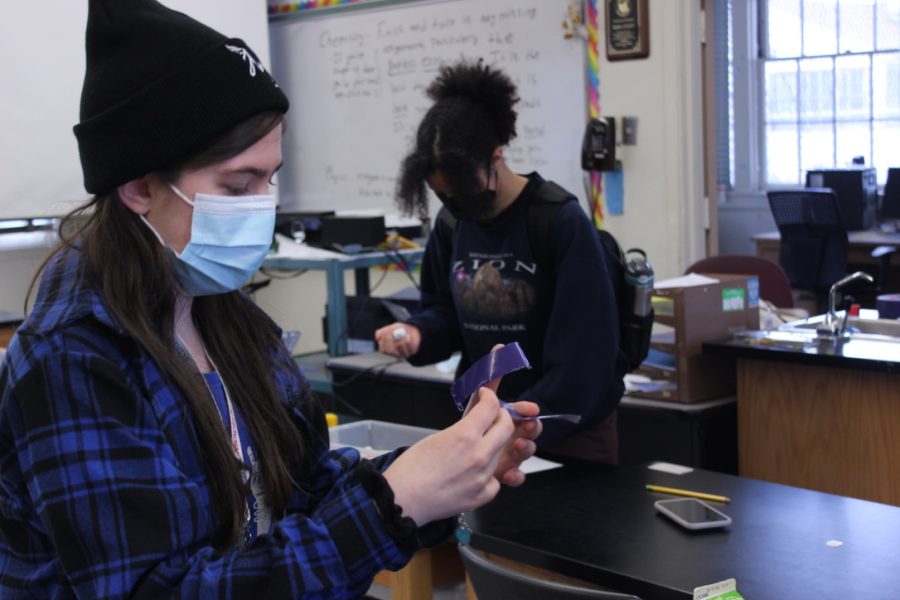 Junior Elizabeth Rose gets two strips of tape to make an X over her mouth in support of the Day of Silence on April 22.

Today, junior Dashiell Caloroso is among the students who is participating in the Day of Silence and refraining from talking to show his support for LGBTQ+ community.

“It impacts me because I have a few family members that are part of the LGBTQ+ community and I support them and I love them,” Caloroso said. “I don’t judge who they are and who they like.”

Day of Silence, which is commemorated across the country on April 22, is a student-led movement organized by the national non-profit organization GLSEN to protest against bullying and harassment to lesbian, gay, bisexual and transgender (LGBT) students. The day brings awareness and illustrates how name-calling and general bullying has a silencing effect on those who are part of the LGBTQ+ community. Day of Silence is important for LGBTQ+ youth and adults especially for the ones who have been bullied and harassed for coming out or being who they are. Bullying can be a physical or verbal form and both are harmful and leave lasting damage to those people.

“We are promoting the Day of Silence which takes place on Friday April 22nd and I hope they participate by remaining silent as much as possible during the day,” said school psychiatric social worker Joanne Tuell, who sponsors the Pride Club.

Students who are participating in Day of Silence can go to Room 6 to get a piece of tape from science teacher Timothy Hughes to cover their mouth to show awareness for the LGBTQ+ youth and adults who have experienced bullying and harassment.

Pride Club president Naamah Silcott believes that Day of Silence is important for them. They think it will be very impactful for them and give them a lot of time to think of where they stand in the LGBTQ+ community.

“Day of Silence is important to me because it’s an event that I’d never known about before and it is something that is new to me and a new experience for me,” junior Silcott said. “I think it’s also important that the people around me learn just as much because I think I’m pretty knowledgeable in the field of the LGBTQ+ community but because I never heard of this before it just tells me it might not be as well known as least in the school climate.”

People in Pride Club believe it’s extremely important to represent the LGBTQ+ community even if they are not part of the community. For example, junior Elizabeth Rose feels like it’s something that needs to be done to get people’s attention.

“It’s because I have a lot of friends that are part of the LGBTQ+ community and have seen them get discriminated against in school for being who they are, not necessarily from the teachers, but from other students,” Rose said. “I want that to stop, so I’m doing the Day of Silence to push the message or quality.”