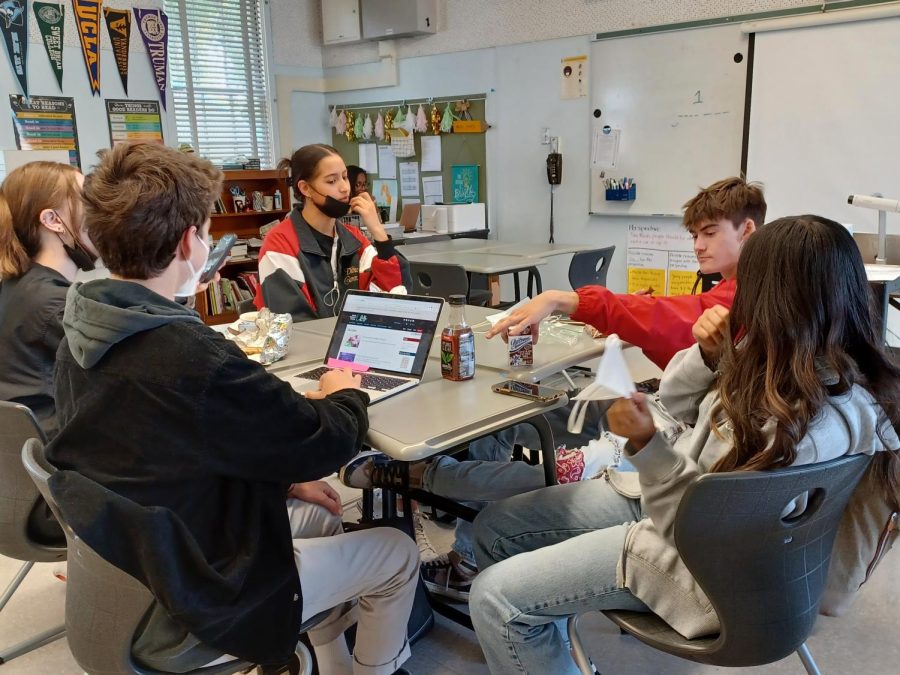 Branden Gerson and Rochelle Polushkin have started the Jewish Student Association on campus this year in room 17, giving Jewish students a place to feel welcomed.

“I’ve seen other schools have a Jewish student union and I thought it was interesting that this school didn’t have one, especially since we used to have a pretty wide Jewish population,” Co-President Polushkin said. “And also our school is named after a Jewish journalist. I thought it would be fun to get together and talk a little bit about Judaism.”

In this club, Jewish students will be able to come together and find a space to connect with each other, though other students are invited to learn and have fun in the club. There are many activities that teach the club members about Judaism and get them excited to learn about it. They have days where they play Kahoots about different Jewish topics, eat foods that are related to the culture and celebrate Jewish holidays like Hanukkah.

“It’s important for me that there’s a place for other Jewish students to feel safe on campus,” Co-President Gerson said. “As you know, it’s not just Jewish students that come to this club, but other students have a place to learn.”

Gerson and Polushkin have high hopes for this club. Though it is not their main priority, they still plan for activities and topics they want to show the club members. A few months from now, they and several other members will be graduating. They hope the underclassmen can take over in the future and keep the club running when they are gone.

“I think it just spreads awareness in general,” junior Ashley Harrison said. “Like, I didn’t realize there were any other Jewish students. I guess knowing other people have families that celebrate is comforting.”