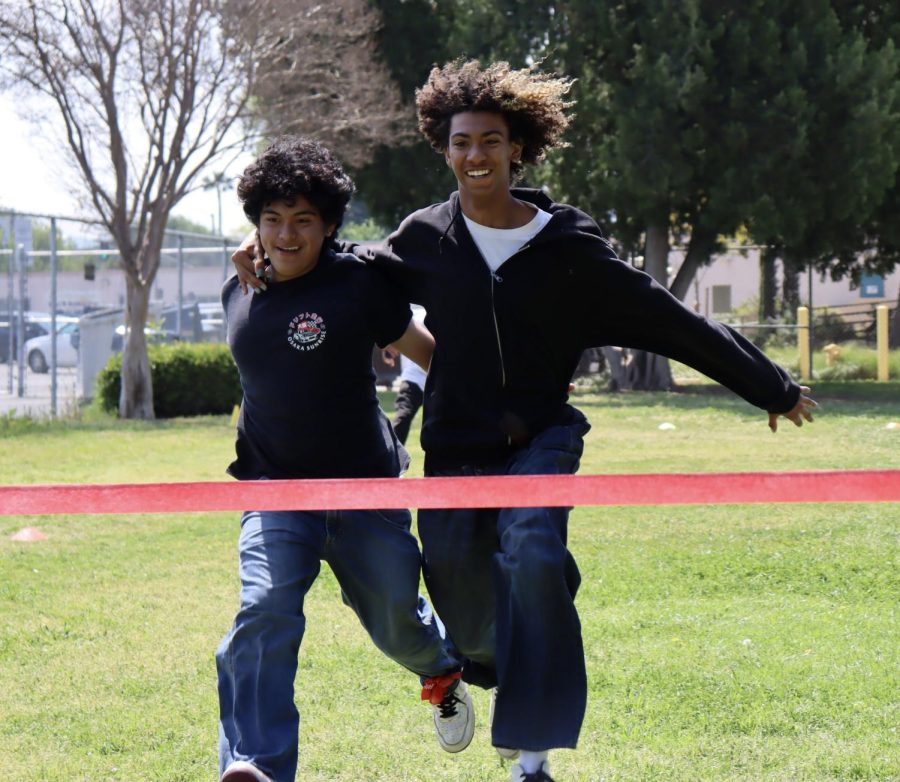 Three-legged race champions Axel Aleman and Josiah Lands leap to the finish line during the final round of the race.

School Climate Advocate Magaly Ruiz organized a three-legged race in the grove during lunch today. Students competed in teams of two in elimination rounds, then each winning team competed in the final round. Freshman Axel Aleman and sophomore Josiah Lands barely beat their competitors in the final round, giving them a nail-biting victory.

“It was awesome,” Ruiz said. “It was a lot of fun, not just for the participants but for everyone who was watching. People were cheering and laughing and clapping. It fulfilled exactly the purpose we wanted it to achieve, which was something fun and relaxing for the students to do together.”