Artist of the Month: Honoring Phoebe Bridgers, up and coming singer for Women’s History Month 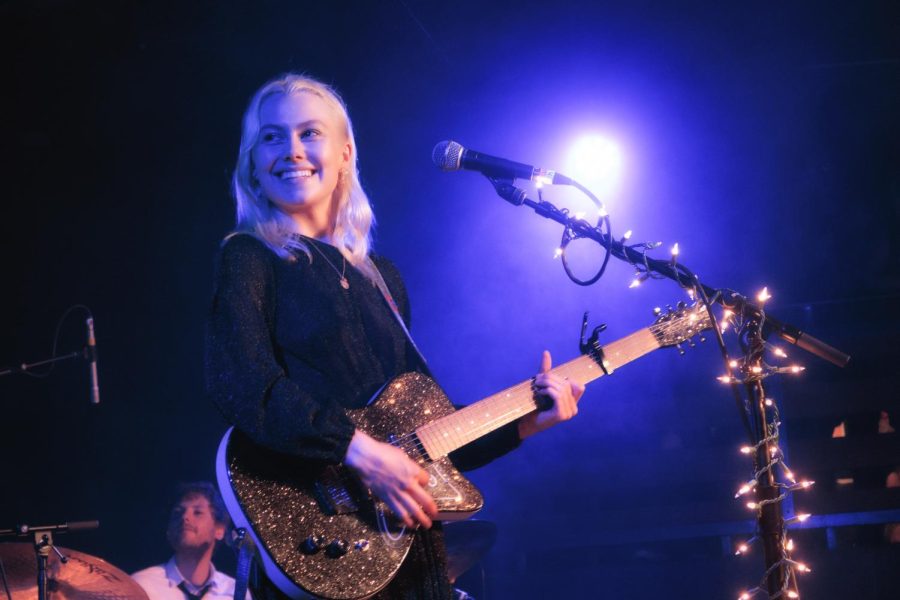 The release of the "Punisher" album led to Bridgers getting nominated in four different Grammy categories, one of them being Best New Artist.

Phoebe Bridgers is an indie female artist who rose quickly to fame and is setting a new narrative for women in the music industry.

Bridgers was born and raised in Pasadena and was a member of a band called Sloppy Jane before going solo. She debuted in 2017 with a  full-length album called “Stranger in the Alps,” which gained a lot of recognition. Her second album, “Punisher,” was released in 2020 and garnered a lot of mainstream recognition. The release of this album led to Bridgers getting nominated in four different Grammy categories, one of them being Best New Artist.

Bridgers is a very talented singer and songwriter. She makes calm indie-rock music that usually has very sad lyrics and melodies. Since her debut in 2017, she has released many singles and a few short albums but has not released a full album since “Punisher.”

The release of “Punisher” was actually not entirely expected from fans. Bridgers released the album earlier than originally planned in response to the rise of police brutality and Black Lives Matter protests over the summer of 2020. Bridgers posted a tweet that shared her reasoning for releasing it early.

“I’m not pushing the record until things get back to ‘normal’ because I don’t think they should,” Bridgers said in the Twitter post. “Here it is a little early. Abolish the police. Hope you like it.”

Bridgers was very open with her activism and what she believed in during the summer of 2020. Her Link Tree, which contains links to stream her music, also featured links to donate to many organizations such as Movement for Black Lives, The Los Angeles Community Action Network, Downtown Women’s Center, The Trevor Project and much more.

Bridgers has a very special sound and is not afraid to speak up against what she believes is wrong. The indie artist is gaining more popularity every single day and music lovers should not be at all hesitant to jump on the Phoebe Bridgers bandwagon.