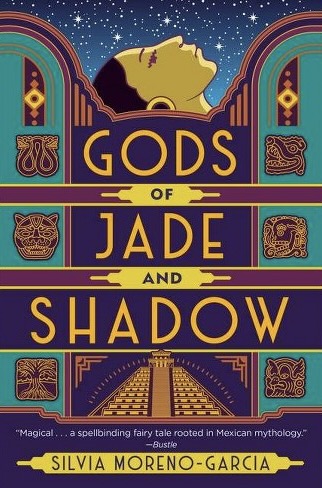 "Gods of Jade and Shadow" can be bought at Target stores and online.

In celebration of Women’s History Month, here is a compilation of books written by women in many different genres from non-fiction to horror to romance. The list features books with characters of different races, gender identities and sexual orientations.

Becky Chambers’ “The Long Way to a Small, Angry Planet”

The sci-fi novel “The Long Way to a Small, Angry Planet” follows a motley crew of space travelers and their journey through the galaxy. The book covers a variety of topics such as love, trust, friendships and family all while managing to stay action-packed and chaotic. It’s rated four out of five stars on Goodreads and it is sure to keep readers entertained.

“An Indigenous Peoples’ History of the United States” is a non-fiction piece that shares Native American and United States history through the perspective of Native Americans. The book tackles how Natives have been treated throughout the expansion of the US and how they have tried to fight back. It’s rated 4.5 out of five stars on Audible. Anyone interested in learning more about Native Americans and/or how they were and continue to be mistreated should definitely give this book a read.

“The Hunger” is a modern retelling of the Donner Party. The Donner Party took place in 19th century America where a group of pioneers got stranded in the mountains on a journey to California from the Midwest. After getting lost, the group is driven to madness and resort to cannibalism. This book is in the horror genre and there are many triggering subjects throughout the book. Readers should definitely look at trigger warnings before reading. Rated four out of five stars according to Barnes and Noble, this book will have readers at the edge of their seats the entire time.

Based on Mexican folklore and Mayan legends, “Gods of Jade and Shadow” follows Casiopea Tun, a young woman with dreams of getting far away from her southern Mexican town. One day, she accidentally meets the Mayan god of death who needs help in reclaiming his power. Casiopea journeys across the country in order to help him. If she succeeds it would mean all her dreams would come true but failure would lead to her demise. There are mentions of sensitive topics, so checking trigger warnings before reading is highly recommended. Rated almost five out of five stars according to Barnes and Noble, readers of the book will find there isn’t much to criticize about the book.

“Who Fears Death” is a supernatural fantasy book based in post-apocalyptic Africa. It takes place in the far future and it follows the main character named Onyesonwu who must follow her magical destiny. She’s forced to face obstacles dealing with nature, tradition, history, her culture and much more. There are some inappropriate scenes throughout the book, so readers should check trigger and content warnings before reading. Rated four out of five stars on Goodreads, readers will not be able to put the book down after opening it.