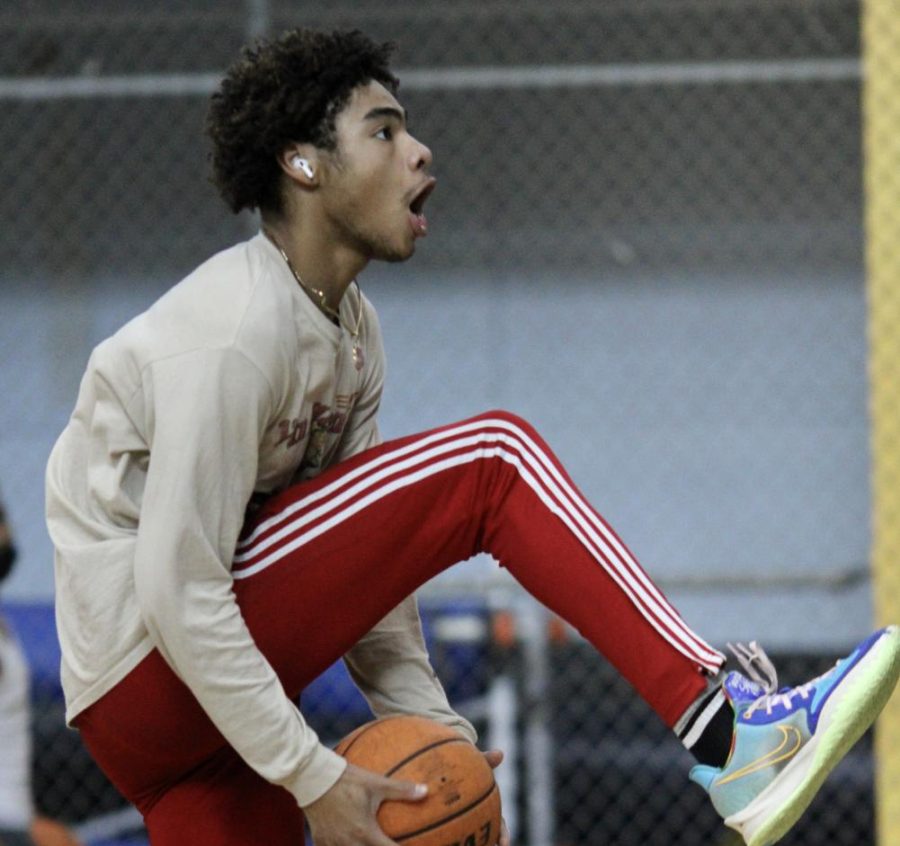 Varsity basketball power forward Justice Harper may have suffered defeat when the Birmingham Community Charter High School (BCCHS) Patriots were eliminated from the playoffs on March 3, but the senior views his basketball career as only beginning.

“Honestly, I realized that it’s like second nature,” Harper said. “I realized that I’m actually good to the point that I can really go to the league (National Basketball Association).”

First introduced to the sport by his mother, Harper has played basketball since he was four years old. It wasn’t until seventh grade that he decided to train and work out more seriously, a choice that helped him make the BCCHS varsity basketball team in his junior year.

Harper attributes much of his success to the person he considers his biggest supporter, his mother. Harper expressed that his mother sets high standards for him when it comes to punctuality and attendance at team practices and workouts, providing a loving and watchful eye to keep him in check.

“Without my mom in my life, stuff would be different,” Harper said. “A lot of people don’t have that extra ear to tell them what not to do in certain situations.”

As a result of Harper’s training and his mother’s advice, he was able to contribute toward his team’s victory in the 2021 CIF City Boys Basketball Championship as a junior. Harper believes it’s his clever passing and court awareness that makes him a unique player. Nick Halic, the boys varsity basketball coach at BCCHS, values not only Harper’s enthusiasm but also his versatility.

“Being able to have a guy that you can play in different positions is definitely something that I think was valuable for us, and it’s going to be valuable for him moving forward,” said Halic, in a zoom interview.

Going into the playoffs this year, the BCCHS Patriots were ranked third in the Los Angeles City Section Division 1 with an overall record of 18-9. Their success led them to return to the CIF State Boys Basketball Championships. To Harper’s disappointment, the Patriots exited in the second round after a 59-50 loss to Edison High School on March 3. However, Harper understands that loss is a facet of basketball and chooses to look forward to the wins ahead.

“Dealing with a hard loss is a pretty hard thing to do, especially when it’s your last basketball game in high school,” Harper said. “You’re going to take hard losses and you’re going to take great wins. The ones I took recently are just hard, so it’s going to rub me for a while. Then later, the wins are going to be bigger.”

Harper’s dedication to basketball led him to join the Birmingham JV volleyball team in hopes of improving his jumping ability. He views consistent training as necessary for having a successful basketball career. His goal is to play for a four-year university and ultimately join an NBA team. As he works to achieve his goals, Harper cherishes the experiences he’s had in his high school basketball career.