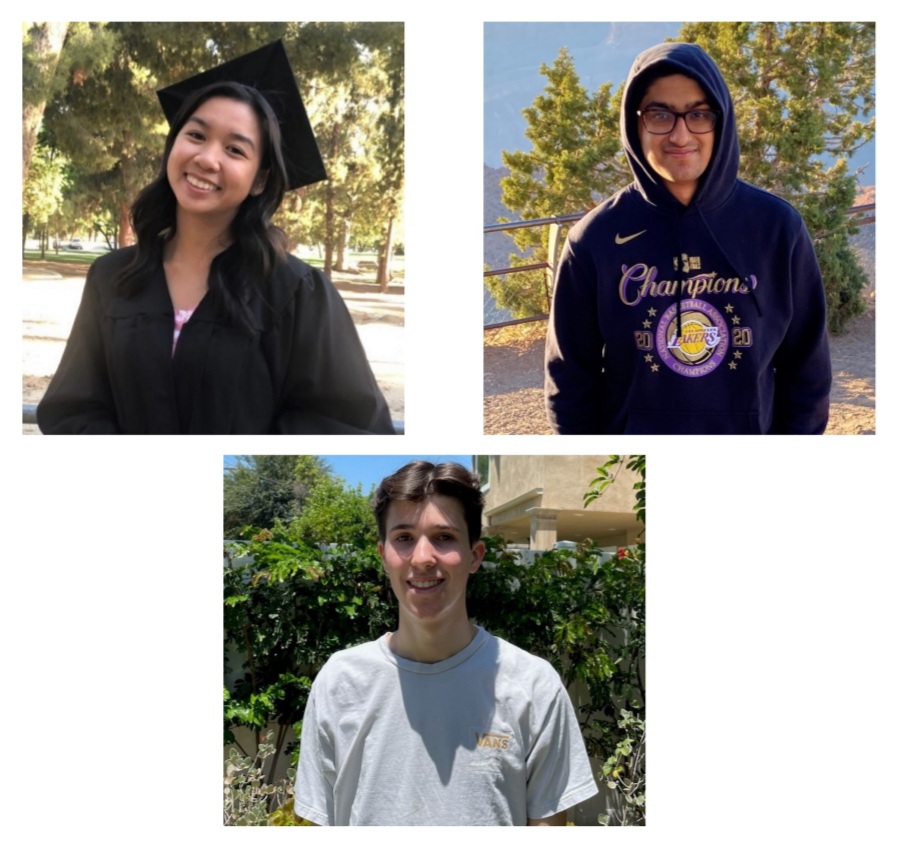 Seniors Alliana Samonte and Parampreet Aulakh have stuck together through thick and thin these past four years, becoming valedictorians together, another adventure to add to the pile. Even so, valedictorian wasn’t something either was aiming for this year.

“Honestly, when I came into high school, I had no intent to become valedictorian,” said Samonte, managing editor for The Pearl Post. “I never thought I would do great in high school. I think it’s because my friends influenced me to do better in school.”

Samonte and Aulakh, both with 4.275 GPAs, have maintained tremendous extracurriculars. Senior Casey Wanatick, with a GPA of 4.230, was also very surprised to be named the salutatorian for the class of 2021.

Aulakh, Samonte and Wanatick are all members of the National Honor Society and have been on The Pearl Post for three years. Individually, Samonte has worked with the Children’s Hunger Fund and helps spread awareness for autism through LUV Michael, a non-profit organization to help train, educate and employ people with autism. Aulakh has volunteered at Lake Balboa Care Center, a nursing facility, for two years and was also a former board member on Scott M. Schmerelson’s Board District 3 Student Advisory Council. Wanatick volunteers at a community center in Los Angeles that helps support kids in need, works at a summer camp, is in the school’s Leadership class and is the sports and tech editor for The Pearl Post.

“A lot of my extracurriculars were The Pearl Post, like I dedicated a lot of hours to them,” Samonte said. “Really anything to help.”

Aulakh and Samonte have both committed to their schools of choice; Aulakh to University of California, Los Angeles and Samonte to University of California, Santa Barbara. Aulakh has decided to major in political science, and Samonte in pre-biology, going into pre-med with the hopes of becoming an optometrist. However, the road to this point did not come without challenges. For Aulakh, although the school work was monotonous, the challenges were not nearly as provocative, but for Samonte, there were some obstacles.

“The challenges I faced during my high school life would probably be underestimating myself,”   Samonte said. “I feel like I never had the full potential, so sometimes I would never show the full potential that I had. It’s just that constant pressure that challenged me I guess.”

Although Wanatick is excited to begin his path of becoming a sports marketing manager, there are things he will miss. Those include seeing his classmates, friends and his teachers and all that comes in high school.

“My goal was to be very involved in this school and be a big part of my school community, especially winning salutatorian,” Wanatick said. “I think I became a very active member in my senior year.”

To add to the challenges that come with being a high schooler, the COVID-19 pandemic squeezed its way into their lives, increasing their obstacles. With quarantining, the isolation and the adjustment to online life, the pandemic was beginning to take a toll on the three, their daily routines becoming more tedious and repetitive. Senioritis kicked in for Samonte, procrastination became supplementary and motivation became scant. Aulakh adjusted to online learning fairly naturally, although the pandemic still affected him.

As the year comes to a close, so do the high school lives of the Class of 2021. Although this is what some might consider the end, it can also be considered the beginning for those who have to succeed them.

“The advice I would give to underclassmen is to never get too high or low on yourself, that no matter what results you get, know that you did your best,” Aulakh said.