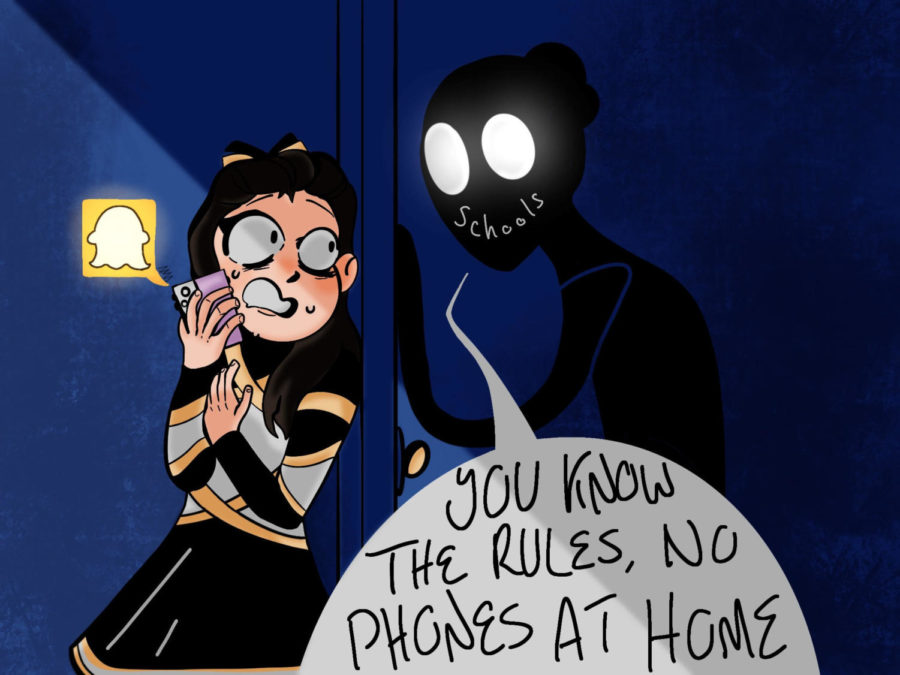 Concerns over students' free speech on social media have led to the issue being brought up at the Supreme Court.

Social media’s undeniable impact on the lives of young students makes it a mainstay in our daily lives. Coming home from school to post about what a teacher said or assigned, are ways to express feelings in a healthy way outside of the classroom and limiting this speech would not only remove this outlet but contribute to conflict between students and their schools.

With the recent Supreme Court case Mahanoy Area School District vs B.L. concerning a Pennsylvania student’s post made against her school, it is clear that the issue of student’s free speech on social media is a prominent one. The case, which centered a photo of the student making a gesture and a profanity-filled caption, was already decided in favor of free student speech in a federal appeals court but later moved onto the Supreme Court. After hearing arguments from both the student’s legal representation and the Mahanoy Area School District, the Supreme Court is set to make a decision in June, deciding the fate of students’ free speech.

Once students leave school, they expect to be free of the stressors and restrictions they face in a classroom. It is not the job or the right of lawmakers or schools to limit a student’s off-campus speech because it expresses distaste for the leadership there. When so much of a student’s life is documented and communicated through social media, limiting their online speech is unnecessarily harsh and excessive.

No excuse can be made for the restriction of harmless criticisms against a teacher or coach by a student. It is an entirely unnecessary and alienating move on the part of schools that enforce these restrictive measures.

Schools should foster an environment of growth and learning, which isn’t compatible with barring student speech and micromanaging their lives outside of the classroom. Limiting this speech would not only remove this outlet but add to the distrust between students and their schools. A governmental restriction of these posts would deny students of their right to free speech and serve to further frustrate students.

Young students must not be forced to remain silent about the issues most important to them. Talking about school goes far beyond complaints about homework. Social media and other internet platforms give a voice to the stressors and issues students face at school. Denying students this right is not only unnecessary, it’s unconstitutional.