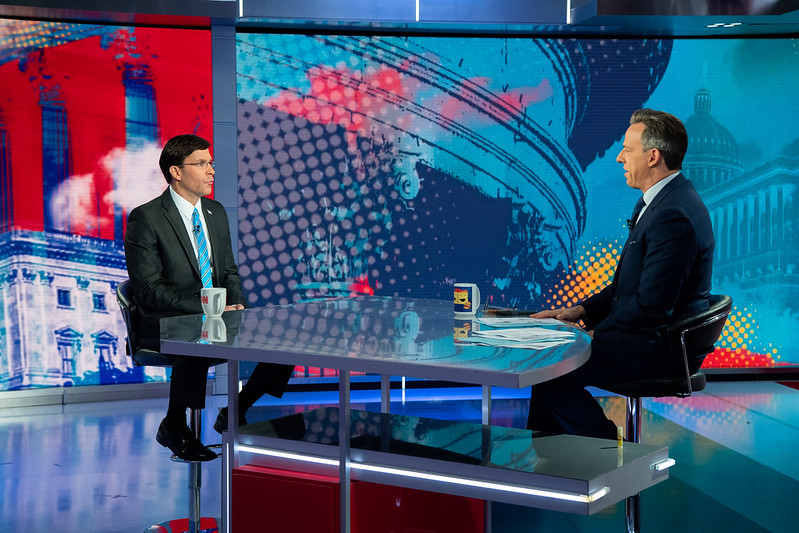 In an era of deception and misinformation, it is veteran CNN journalist Jake Tapper’s belief that journalists must act as watchdogs.

This year at the 19th annual Daniel Pearl Memorial Lecture on Feb. 2, current CNN news anchor and author of four books, Tapper spoke on the role of a journalist in this day and age.

The Daniel Pearl Memorial series was created to celebrate the life of journalist Daniel Pearl and offers a stage for well renowned journalists to share their perspectives on relevant concerns. Some notable past speakers include Anderson Cooper, Bob Woodward and Larry King. The co-sponsors of this event are the UCLA Burkle Center for International Relations, the Daniel Pearl Foundation, Hillel Center for Jewish Life at UCLA, and the University Religious Conference at UCLA.

In the hour-long Zoom event, Tapper mentioned how every era has their unique challenges and this era deals with truth being so willingly dismissed and conspiracy theories being dismissed. He openly discussed his frustration on the spread of unsubstantiated lies about the election. Tapper believes it is partially the responsibility of journalists to illuminate the truth and lies to all citizens.

“Journalists need to stand something as lighthouses in a fog hoping and helping the world to steer around rocky and treacherous sholes and right now in the world of politics the rocks are lies and bigotry and indecency,” Tapper said.

Tapper spoke on how Daniel Pearl built up a reputation of being a watchdog. He said that Pearl pursued a story with no allegiance towards any partisan view or political party but to the people and that’s what Tapper and his colleagues on CNN aspire to do.

“Whether he was dedicating his time to writing under deadline, a perfect 14-page story about a 6-car pile up in Lanesborough, Massachusetts for the Berkshire Eagle or tracking down terrorists in Karachi for the Wall Street Journal to find out more about why they were doing what they were doing,” Tapper said. “That was Danny’s legacy, facts and truth brought with clear eyes and context.”

Tapper understands what it is like to report from the ground. Many years before becoming the host of CNN’s ¨State of the Union¨ and ¨The Lead”, Tapper spent many years reporting on the ground. Some of his most memorable reports were on Hurricane Katrina and the war in Afghanistan.

“In honor of Danny Pearl, whom I will admire for the rest of my life, … and in honor of Danny Pearl’s search for truth and decency, let us all commit to standing up for these facts even in the face of their assault by some and countless indifference by others,” Tapper said. “Let us learn a lesson from this hero by not just moving on from lies and bigotry but by recognising the toxins in our body politic need to be called out and they need to be expunged.”