Olivia Rodrigo drives right to the top of the charts 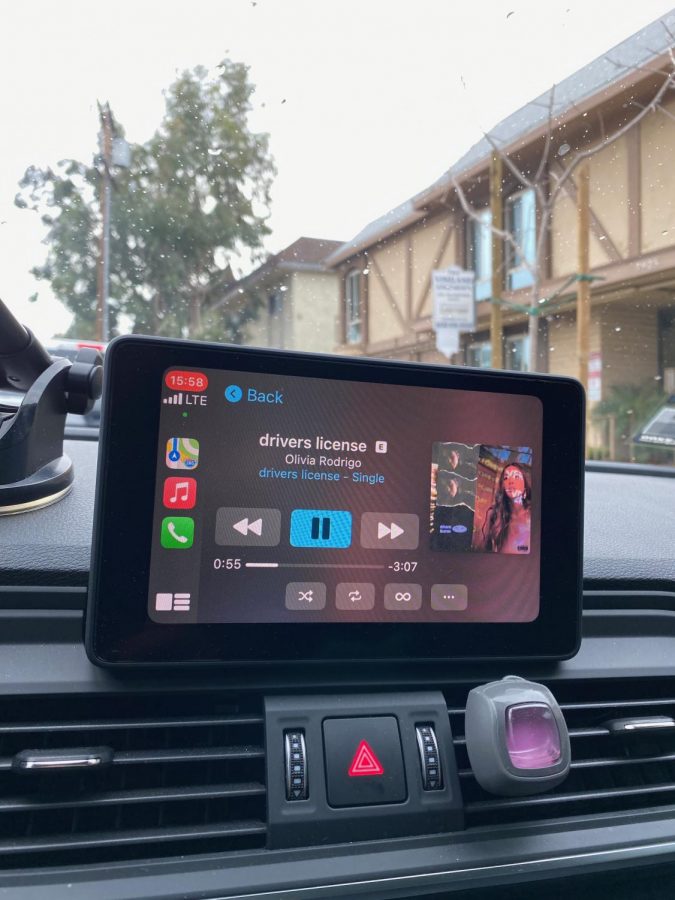 At only 17 years old, actress and singer Olivia Rodrigo is already making a name for herself. The Disney Channel star has quickly risen to fame after releasing her hit single “Driver’s License.”

“To see it do really well — to have this really painful moment in my life, and turn it into something beautiful that can maybe help people through a tough time that they’re having, like I was having a tough time — it’s just so empowering,” Rodrigo said in an interview with Billboard. “And I feel grateful that I got to do that.”

Rodrigo’s most famous song, “Driver’s License” was released on Jan. 8 and has since broken multiple records. It has even become the fastest song to ever reach 200 million streams on Spotify as of Jan. 21. In the song, which happens to be her debut single, Rodrigo sings about her personal experience of a relationship ending and the loneliness that ensued.

Rodrigo, who is from Temecula, California, grew up constantly singing and learned to play piano and guitar by the time she was 12 years old. Her idol, as well as her favorite artist, is Taylor Swift.

Rodrigo is also well-known for her role as Nini Salazar-Roberts in the Disney+ show “High School Musical: The Musical: The Series.” Rodrigo also played the role of Paige Olvera in the Disney Channel show “Bizaardvark” from 2016 to 2019.

Rodrigo plans to release her first EP in the near future and continue to act in “High School Musical: The Musical: The Series.” She may be young but Olivia Rodrigo is extremely talented and her best is yet to come.

“There’s a music project coming up this year, but I’m not sure about the specifics of it,” Rodrigo said in an interview with Vogue. “I’m just trying to soak up all the craziness in my life right now. I feel so grateful.”