Cozy up with these holiday classics during winter break 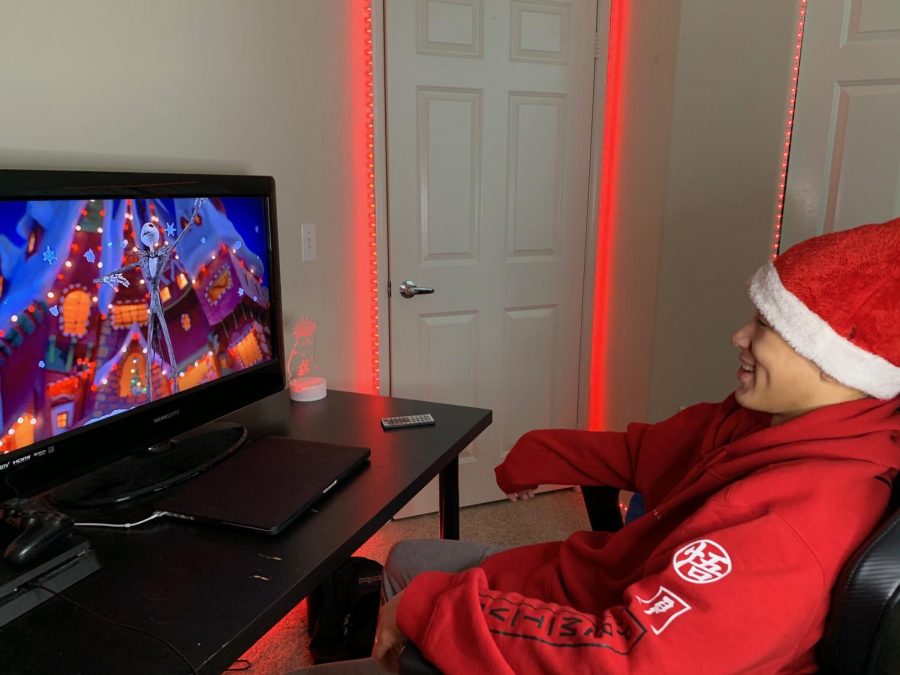 Junior Cameron Frank gets in the jolly mood while watching some holiday movies. Between finals week stress and late assignments being turned in, everyone needs some time to get under a blanket and watch a movie during this break.

Due to the COVID-19 pandemic and the regional stay-at-home mandate, this holiday season is highly unusual as most students will be quarantined at home. Here is a list of classic holiday movies to watch while you stay in and stay safe during your three-week winter break.

Elf: “Elf” is a funny movie that’s guaranteed to put anyone in the holiday spirit. The movie stars Will Ferrell as a man named Buddy who was raised by Santa’s elves as he explores New York City. Buddy is on a journey to find his birth father and encounters many surprises along the way. “Elf” was originally released in 2003 and you can watch it on Starz and Amazon Prime Video.

A Christmas Carol: “A Christmas Carol” is based on Charles Dickens’ classic novel which was published in 1843. This animated adaptation of the story follows Ebenezer Scrooge, voiced by Jim Carrey, as he learns how to become a better person on Christmas Eve. The movie was released in 2009 and can be watched on Disney Plus and Amazon Prime Video.

Home Alone: “Home Alone” is a witty holiday classic starring Macaulay Culkin as 8-year-old Kevin McCallister. When Kevin is forgotten by his family during the chaos of preparing for a holiday trip, he gets to experience the many adventures of being left home alone. One of these adventures is attempting to protect his house from burglars. This movie is perfect for the unusual winter break we are all experiencing, with many of us staying home. “Home Alone” was released in 1990 and is available to watch on Disney Plus and Amazon Prime Video.