Shows you need to watch this Thanksgiving break 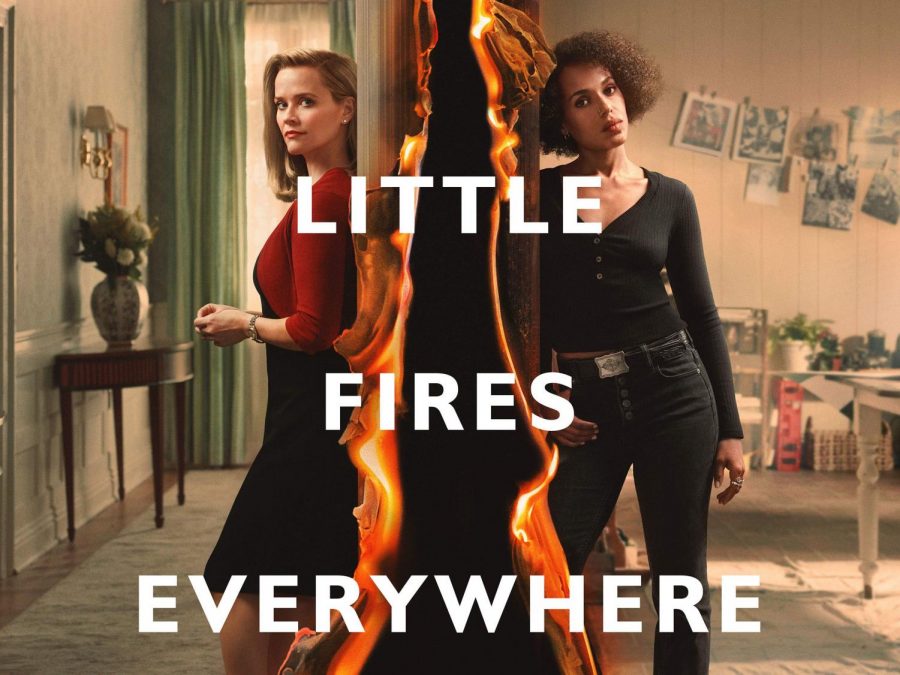 Little Fires Everywhere is just one of the binge-worthy shows you should watch during the Thanksgiving break. The shows vary from Netflix, HBO and Hulu.

It is nearing almost nine months since the stay at home order was put in place. We are now in the month of November, so what does that mean? With Thanksgiving coming up, there is a week off from school. Finally! A break from the school work and a week to relax before finals and the holiday season.

So, if you aren’t watching a Thanksgiving or Christmas classic while staying at home this year, here are some amazing shows on Netflix, Hulu, HBO, Amazon Prime Video, etc. that are worth a watch. Be warned, they’re all extremely bingeable. You will find yourself finishing these before the break is over!

Euphoria: This teen drama follows a group of high schoolers, with the main character, Rue, played by actress Zendaya. It touches on sensitive subjects such as friendships, love, identity and trauma. It is the best high school show you will see on TV as it is not your stereotypical high school series. It is a raw and mature show with topics that aren’t on everyday TV shows. “Euphoria” received a lot of praise for its amazing cinematography, acting and storyline. It had the most fascinating details such as the camera work, sound track, and styling of the characters. It is truly nothing like we’ve ever seen before. However it did receive some criticism perhaps due to the fact that these types of matters are too intense for some people, nevertheless it is a truly amazing show that shines a light on what high school is like and what teens are really exposed to. With only eight episodes it will have you wondering … what’s next?

Big Little Lies: Starring Reese Witherspoon and Zoe Kravitz, this series follows a young single mother played by Shailene Woodley. After moving to a charming beach town in Monterey, California, she starts to make a couple friends with the other moms around town and slowly tries to adjust. As the show progresses, we uncover the stress and trauma she undergoes being a single-mom and figuring out the town. Starting with her mysterious son acting up in school, to an unsolved murder mystery that unwraps, which leaves all the mothers shocked.

Little Fires Everywhere:  Reese Witherspoon and Kerry Washington are the main characters of this eight-episode Hulu Original. The series takes place in the mid 1990’s in Shaker Heights, Ohio. Following a rich white family and a low-income African-American single mother of one, the single mother and her daughter start spending time with the other family more resulting in some tension that leads to drama in their town. The daughter wants to be around the other family more, but the mother warns her that they are no good. Exploring topics such as white privilege, racism and motherhood will have you on the edge of your seat waiting for more.

POSE: This series, which originally aired on FX, won an Emmy for the actor Billy Porter’s lead role in the show. It displays the LGBTQ+ ballroom scene made up of homeless youth kicked out of their homes for not being accepted. The show follows a couple of houses owned by gender-nonconforming individuals who are played by amazing trans actresses like Indya Moore, Mj Rodriguez, Dominique Jackson and many more. This show is so important because it sheds a light on the issue of how the trans community is treated day by day. These issues are not shown in regular TV shows. The fact that the actresses witness it first hand is extremely powerful. In the show, the community takes homeless LGBTQ+ youth under their wing and supports them, creating chosen families. At the ballroom, they are able to be themselves within their community without being judged by the outside world amid the AIDS pandemic. They also competed for the best trophies, recognition from the judges and even stirred up major drama. The series is a rollercoaster and will keep you guessing what will happen in the next episode. Both seasons are on Netflix and it is a must watch.

Russian Doll: This series follows the main character, a woman named Nadia celebrating her 36th birthday with her friends who throw her a party. However she dies and wakes up in the bathroom at her party… over and over again. It seems like a never-ending loop and as she tries to figure it out, she comes across another man who is in the same situation. It starts to get confusing and genuinely makes you question reality. Each night seems very similar but always different from the last. It is too good not to watch all at once, making you wonder and really question… What dimension are you living in?

YOU: This series follows a man named Joe Goldberg who works at a bookstore in New York and comes across a woman named Beck. As the season progresses, Joe becomes more and more in love with Beck until it gets to the point that he will do whatever it takes to be with her… WHATEVER. He does unimaginable things that will have you surprised and wondering why he would commit such gruesome acts. The second season is in Los Angeles after he moves for a fresh start and finds another girl he falls in love with. This time, they seem to have a lot in common, so much that at the end of the season you would never guess the secrets they both hold. Is Joe a psychopath? Find out for yourself, the crime that goes on in this show will keep you clicking for the next episode. Check out both seasons out now on Netflix.

I Am Not Okay With This: This image being the first thing you see on the show might have you wondering: Why? What happened? Is that blood? This show follows a high school girl, when she gets mad things seem to get a little weird. She thinks she might be going crazy, but she feels as though she has the power to move things when she gets extremely furious. However, it is not intentional. As the series goes on, she deals with constant bullying at her school and her hidden talent comes in handy when she least expects it. Her supernatural-like powers are fascinating, but also extremely scary. Watch till the last episode to find out why she is covered in red.

The End Of The F***ing World: This series follows two British teens, James and Alyssa. With two seasons in total, they go from complete strangers, to best friends, to dating. They both claim to have miserable lives so they collectively decide to flee from their current lives and move on to start a new life. James was a quiet.. nerd. Alyssa was a nonchalant type girl with an attitude. She convinces James to steal his dad’s car for them to both flee. As the show progresses, they face many different challenges along the way, all while trying to not get caught. Both seasons of the show are amazingly interesting and do not disappoint. This series is a must watch and different from anything you see in an American show.