In wonder of what is to come for Shawn Mendes’ Documentary 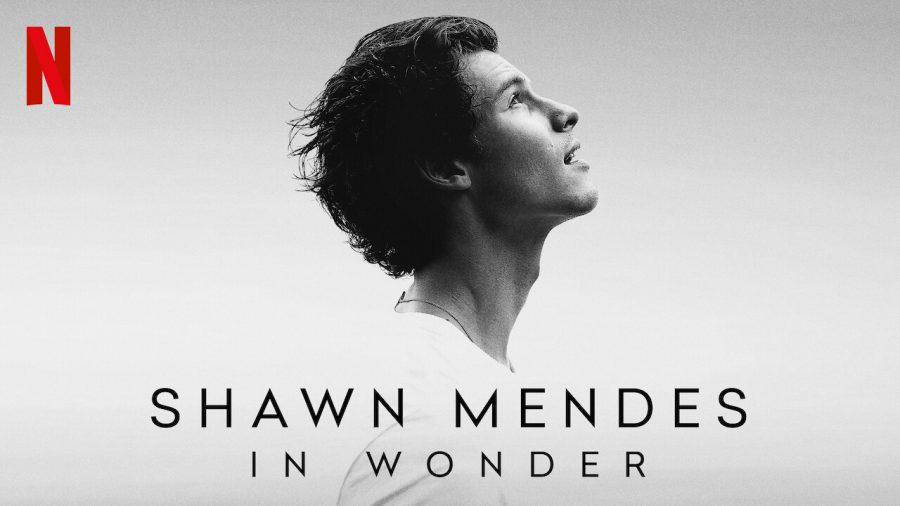 Singer song-writer Shawn Mendes gives us insight into the limelight and takes us on what his life began as and what it has become in his documentary coming to Netflix on Nov. 23.

Having been in the music industry since the age of 15, Canadian singer-songwriter Shawn Mendes reveals what it’s like to be a popstar in his upcoming documentary “Shawn Mendes in Wonder.”

Experiencing hardships over the course of his self-titled tour, this documentary films the highest and lowests moments of his life. Speaking on topics such as relationships and what it’s like to be in the music industry, Mendes expresses his gratitude for all that he’s been through because it shaped him into the person he is today. The film is set to be released Nov. 23 on Netflix.

From singing in the comfort of his own bedroom to selling out arenas around the world, Mendes uncovers what it’s like dealing with the anxieties growing up in the public eye and his rise to fame.

His new single “Wonder” will be the first on the track list in his upcoming album “Wonder” releasing on Dec. 4.

Mendes preaches the message that everyone must work to be the greatest version of themselves. In the trailer he adds he’s just a guy who loves music.

“This isn’t a story of a famous musician. This is a story of a guy growing up,” the 22-year-old narrated in the documentary trailer.

Pushing himself to the absolute core since the very beginning, the singer comes to terms with his limits in the turning point of the film.

With a look at never before seen footage, there’s a look of “wonder” in Mendes’ eyes as he maintains the perseverance of chasing his dreams.

“No one is born legendary. If you really want to be amazing at what you do, you just need to start and practice really hard,” Mendes said in a Youtube video where he reacts to the trailer.

Though the film revolves around Mendes and his life, the story goes beyond “how amazing it is to be a popstar,” and expands on the vulnerability of it all.