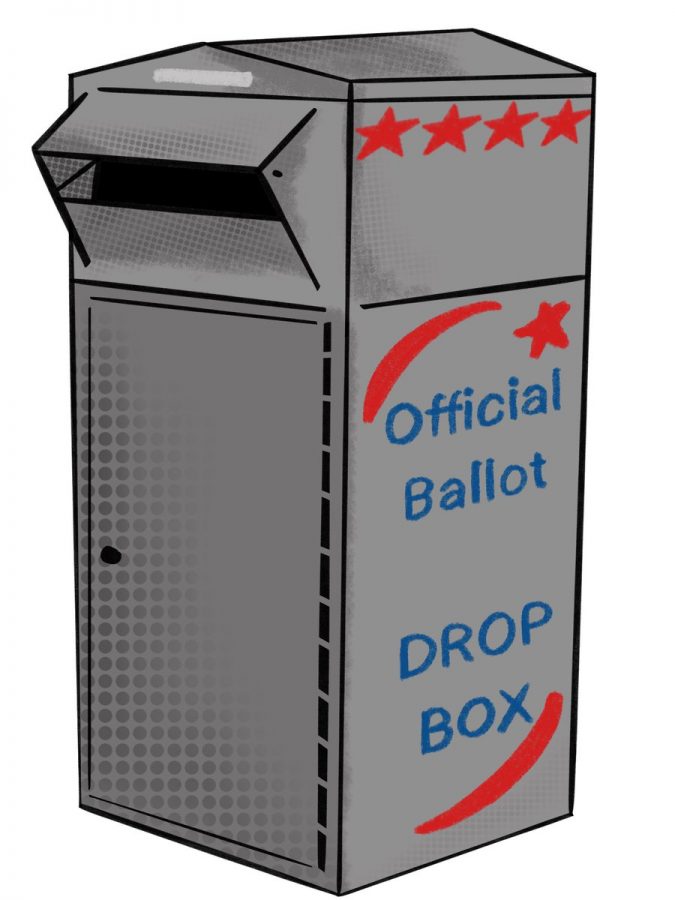 Record numbers of Americans cast their ballots for the 2020 presidential elections. Due to the coronavirus pandemic, many voted by mail, dropping off their ballots at community drop boxes.

Though the outcome of the Nov. 3 presidential election wasn’t immediately clear, one thing is: regardless of the winner of the election, the country still must undergo long-overdue change.

The American political system, though categorized as a democracy, is heavily flawed, oppressive and favorable for the powerful few. Through undemocratic methods of voter suppression, the people are routinely silenced and the votes of the most vulnerable communities are discarded. Additionally, institutions such as the Electoral College ensure that the best interest of the few is protected by using ineffective methods of weighing votes that don’t account for population and difference in voting among state residents, rendering many votes virtually insignificant.

We live in a country that prides itself on its power as a globally recognized democracy representative of its peoples’ best interests and well-being. However, the systems that are ingrained into the political fabric of the country and consistently upheld despite their increasingly apparent flaws exist only to suppress the voices of the people. No argument can be made that the 538 votes of the Electoral College are genuinely representative of more than 146 million Americans who voted in the 2020 election according to FactCheck.org.

The U.S. is the only country whose democracy is based on a system like the Electoral College and others go by a popular vote, where the winner is the candidate with the most votes. In past elections, like the 2016 election, this country has seen presidents who, despite losing the popular vote, were elected because of their win in the Electoral College. This means when voters cast their ballots they’re not voting for the president, they’re voting for who their state will vote for.

In elections, this leads to voters waiting on the uncertain votes of their electorates rather than the consensus of the people. This highly undemocratic and outdated system serves as a buffer between the people and direct democracy and ensures that the vote of the people is not the deciding factor for their leader.

It also leads to delays in election results due to uncertain elector votes, this made even more visible in the Nov. 3 election, where counting was already slowed by the influx of mail-in ballots.

The people should decide who they are governed by, not an outdated system created by men who didn’t believe the people could control their own democracy. This system was never meant to be long-standing for the future of the country, it was merely a blueprint to begin with. This unfair and unrepresentative system is so heavily ingrained in the elections that there is no way to lessen its power without abolishing it entirely.

This system must be eradicated if the voices and votes of the people are to be of any importance in elections. Because of the hold this system has over elections, this is not change that can be voted in; it must be brought about through powerful legislation.