Author of “The Serpent King,” Jeff Zentner speaks to freshmen during Honors English 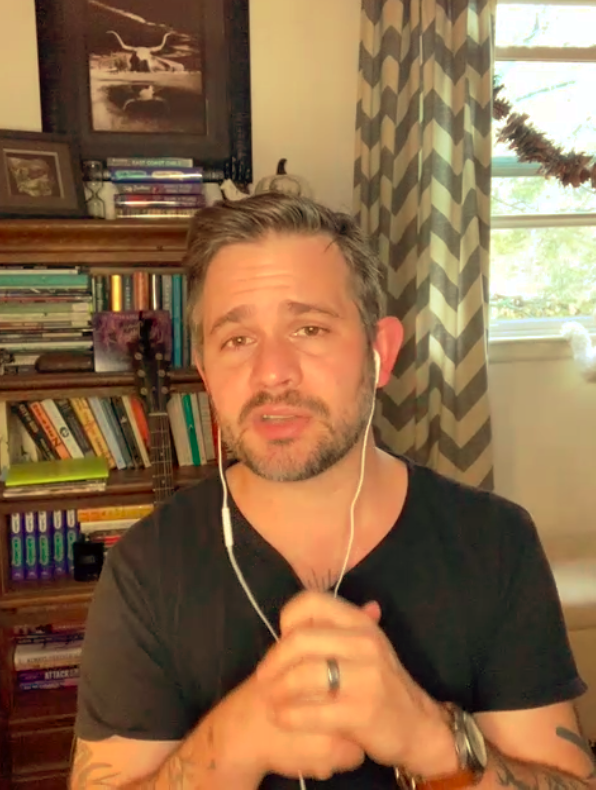 Jeff Zentner, the author of “The Serpent King,” says he had two long-life passions ever since he was 16: books and music.

“Writing means to be a way to connect with people. It means a way to tell stories and to touch and move people,” Zentner told Ron Baer’s 9th grade Honors English class on Nov. 10.

When Zentner was a child, his parents would drop him off at the nearest library, where he stayed until it closed. Throughout his high school and college years, Zentner worked at various libraries planting his love for literature. However, he didn’t find his passion for writing. This pursuit would have to wait until his early thirties. Instead, he chose his other love: music. He moved to Nashville,Tennessee, becoming a successful musician in his twenties.

During this time, he joined a band, and they toured together, wrote songs and produced multiple albums. He planned to become a professional musician with his band Creech Holler. However, when he reached his thirties, he had a sudden epiphany explaining the universe opened up its windows to him.

“I’m lying in bed one night, drifting off to sleep and I realize that very few people make it big in the music industry after age 30,” Zetner said. “I was thinking about how many of my favorite musicians had made it big in the music industry after 30, and it was almost none of them. I couldn’t think of anybody! So what’s the problem? I was 30 at the time the realization occurred to me. And what was the problem with that? That I had not yet made it big in music.”

After his epiphany, he realized that the likelihood of his dream coming true wasn’t going to happen. Instead, he learned dreams cannot be destroyed. Instead, they can change form. He then goes to the place where he describes “dreams go to die,” law school. Reluctantly, he graduated with a law degree and started working as a prosecutor for the state of Tennessee. It felt good for him to do that work. However, his creative spirit could never leave him.

“The creative spirit wouldn’t let me be satisfied, that relentless drive inside of me to create and make things,” Zentner said.

As a result of his first dream failing, he was no longer afraid to work toward his new one. So in his words, he decided to fail at something else. When starting his writing process, he wrote about the three types of people he was fascinated by: People who find music as a refuge, teenagers who become famous on the internet in our modern time, and people who use books to escape difficult times. He then put himself in those people’s mindsets to create some of the characters in his book “The Serpent King.”

“I’m a little bit interested in writing so I thought it was very inspirational in how he was also working but he also created a whole book,” freshman Samantha Fuentes said. “I loved it.”

This was Zentner’s second visit to Baer’s English class. In May 2017, he Skyped with sophomores in their honors English class. Students, who are reading “The Serpent King” enjoyed listening to the book’s author and learning his journey to becoming a writer.

“He seemed like he knew what he was talking about,” freshman Alan Ruiz said. “He felt comfortable communicating with us, explaining to us his life story. It was nice to hear from him. ”