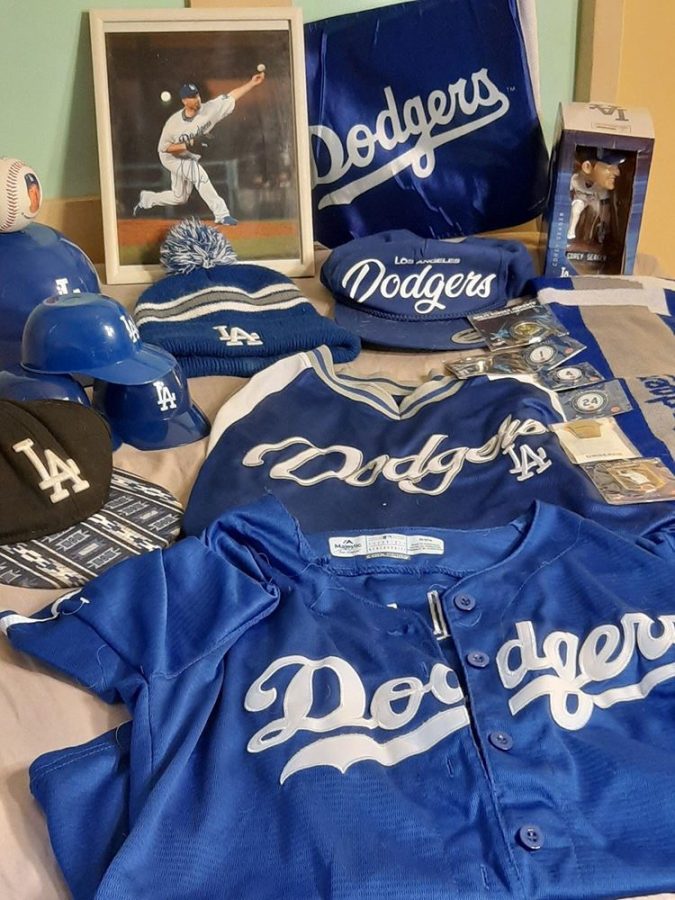 The Dodgers won the World Series just 16 days after the Lakers were crowned NBA champions. For Los Angeles sports fans, this year has been one they will cherish.

After a 32-year World Series drought, the Dodgers brought home a victory for the city of Los Angeles.  I have coveted this seemingly elusive win as long as I could first say the word, Dodgers.

Ever since the Astros were revealed to have cheated their way to a World Series victory in 2017, I have desperately yearned for the Dodgers to be given another chance to prove their worth and to rid myself of the bitter taste of being cheated.

This Dodgers team has given Los Angeles hope during a time where people are struggling finding something to believe in. The Dodgers have represented the diligence of Los Angelenos pushing through a season with no fans and an enormous amount of pressure to deliver during each and every game in a shortened season.

The Dodgers followed in the footsteps of the Los Angeles Lakers. The Lakers were crowned NBA champions just 16 days prior after their Game 6 win over the Miami Heat. The only other occasion where both teams won it all in the same year was when Tommy Lasorda led the Dodgers to their 6th title followed by a Showtime Laker title in 1988.

For most Los Angeles sports fans, these victories have extra meaning this year. Typically the MLB World Series takes place in October and is followed by the NBA Finals in May. Due to the NBA’s rescheduled bubble, two of the biggest U.S sports events took place only a couple weeks apart. In both instances, Los Angeles reigned victorious.

As soon as spring training began this year, the Dodgers were seen as the favorites to win it all. Then on Feb. 11, they finalized a trade with the Boston Red Sox for star outfielder Mookie Betts, the 2018 American League MVP and one of baseball’s most talented players. With Betts and seven consecutive years of  National League West division titles, the Dodgers were as prepared and as hungry as ever.

Just a day later, MLB training camps got shut down because of a rise in coronavirus cases. They were scheduled to return to spring training in two weeks but the virus continued to progress, resulting in a MLB shutdown for many months. A  while after the league’s shutdown, MLB commissioner Rob Manfred put in place a shortened 60-game schedule with countless safety protocols to prevent the players from contacting the coronavirus. This plan started with a shortened training camp, which many MLB players and staff missed due to being infected.

Then a couple weeks into the regular season, these safety protocols started to seem inadequate. Two different teams had infected players and MLB executives began to question the league for not playing in a bubble like the NBA. It seemed imminent that the season would permanently come to an end. However, following this minor outbreak, MLB officials remained optimistic and all players and coaches started to wear masks.

In spite of the COVID-19 protocols put in place for the teams such as limited family interaction, condensed rosters, and fake fan noises, the Dodgers had an outstanding year. The Dodgers finished the season with the tremendous record of 43-17 and had a historic postseason.

Dodgers shortstop Corey Seager was a driving force behind their dominant postseason run. After contributing two home runs and five RBIs in the World Series he finished off his historic postseason performance by receiving the World Series MVP trophy following the Game 6 win over the Tampa Bay Rays. He stands with the distinguished company of Orel Hershiser as the only two Dodgers to ever win the National league Conference Series (NLCS) MVP and the World Series MVP in the same season.

Betts has brought a Yasiel Puig level of energy to the Dodgers while performing on an elite level, acting as the one missing piece they needed to go all the way.

Personally, when the Dodgers won the World Series, it was one of the proudest moments of my life. Since before I was in school, I have been raised to live and breathe the Los Angeles Dodgers. Throughout the past seven years that they have been in the playoffs. I have watched at least a part of all 84 of the postseason games they played and gave part of my soul to this team. Every time the Dodgers are in the playoffs, it ends up being a very emotionally draining experience for me. This year the Dodgers World Series win made all my devotion to this team seem worth it. When they won I was on cloud nine and filled with extreme pride for this amazing organization.

It is safe to say that October 2020 has been one of the best times to ever be an LA sports fan.