Four years in the making, Wes Hambright releases “The Power”

Through his music, Hambright reminds listeners that they have "The Power" to make change. 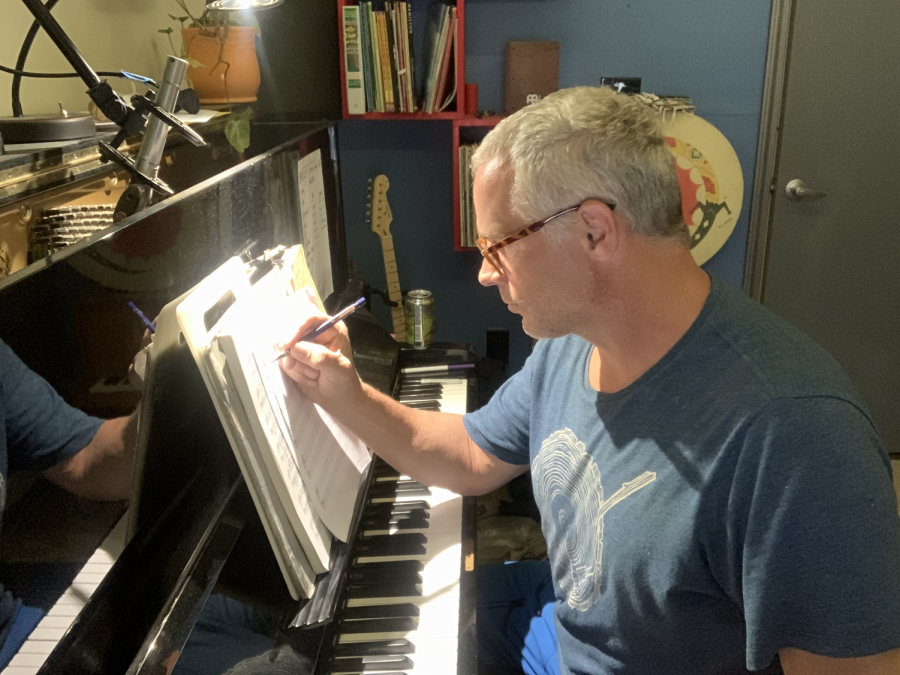 After working on his album, "The Power," for the last four years, Hambright's album was released on Oct. 30. He collaborated with Australian rapper Honey Hip-Hop, singer D Gardner and alumni Matthew Sarenana and Jason Echeverria.

“I started off by writing a choir piece that ended up not making the album,” Hambright said. “At first, the performances just weren’t up to what I wanted but, you know, you just have to go with the flow.”

Hambright began working on his album, which was released on Oct 30, around the end of 2016 to early 2017. Hambright wanted this album to tell a story, one that was filled with topics that were important to him like equity, equality, racial justice and the recent presidential election. To find his sound, he took inspiration from his former students, his children and the world that he lives in.

“There was a challenge of putting the puzzle together and making it hopefully compelling (for) anyone who listens to it,” Hambright said. “We had to decide which songs would tell the story that I wanted to tell.”

Most of the production of the album took place in Hambright’s own home studio. The music that did not come from his studio came from the creators he collaborated with, such as Australian rapper Honey Hip-Hop, singer D Gardner and Daniel Pearl Magnet High School alumni Matthew Sarenana and Jason Echeverria.

“I (worked) with a singer named D Gardner,” Hambright said. “She was kind of perfect for some of these songs. I also worked with a rapper in Australia named Honey Hip-Hop. She had a real attitude and definite sass that I needed on some of these tunes.”

The song second song in the album, “L.G.B.T.Q.I,” is a song sung by Hambright himself and Honey Hip-Hop, which follows the exploration of same-sex relationships. The proceeds from that song will be donated to the It Gets Better Project, a non-profit organization that aids LGBT+ youth.  The fifth song in the album “Stand Up Tall,” has a chorus encouraging people to stand up, use their voice, and vote, as the rest of the song tells people to be aware of the world around them and to help change it. The ninth song in the album, “The Power,” sends the overt message that “the people have the power” to make change.

“Once Trump got elected and started spreading hate through our society,” Hambright said. “I (wanted) to just shine a big spotlight on things that I really care about and that can really be improved in our lives.”

Hambright said that writing this album was something that helped him through the last four years and that hopefully, it would help others in tough times like these as well. With this album, he wants people to know that they have the power.