App of the Month: ‘Among Us’ becomes top video game two years after release 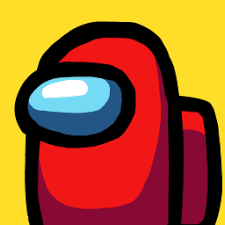 'Among Us' is played by millions of people everyday. The hit game did not become popular until two years after its release.

Among Us has ravished kids and teens alike and they can’t get enough of the game. It’s earned a place on almost everyone’s iPhone.

Among Us is a multiplayer game where each character is a crew member aboard a spaceship and they need to complete certain tasks for the general well being of the ship. These tasks can range from emptying the trash chute to shooting lasers at asteroids that are going to hit the ship.

Among Us was released for two years before it blew up this fall. Luckily for the developers, the game was picked up by Twitch and YouTube streamers which helped the game surge to popularity. After watching their favorite streamers and YouTubers like Pokimane and Pewdipie play Among Us, everyone jumped to their Discord servers and started to play. Once the public got a taste for Among Us, they were hooked and couldn’t stop. It is now one of the 2020’s top games.

But what’s the catch? There’s an imposter among the crew.

Each game has an imposter and the imposter’s sole job is to kill each crew member without being seen. The imposter has to eliminate every crew member until there is just one left and the game is over. Once a body has been found, all the members meet and try to explain their innocence while accusing others of being the impostor.

At the end of the discussion phase, everyone is allowed to vote for one player whom they believe to be the imposter. The player with the most votes gets kicked off the spaceship and is sent into the abyss.

Being the impostor is easy in the first couple of rounds but when there are fewer crew members left, killing them becomes even more suspicious and it is up to you to talk your way out of being voted off the ship.

Among Us is cross play and available for download for free on the Google Play store and the App Store. It is also available for purchase from Steam for PC and MAC download.

Among Us’ growing popularity is no surprise. It’s a genius interactive game where friends turn on one another for the greater good of the ship. Among Us is full of lying, deceit and action. It is a must-play game.