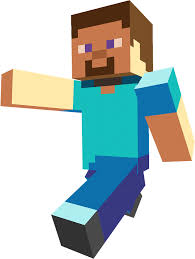 The latest DLC from Nintendo's Super Smash Bros Ultimate introduces fan favorite video game character Steve from the popular game Minecraft. Steve comes with a set of powers and tools that no other character possesses.

“Minecraft” is notorious for being the number one best selling game of all time. The fact that a fan suggested-character came out made a lot of people in the Smash community very excited to play him. He brings a new type of playing mechanics to the game with many new features such as placing down blocks that he mines out of the ground.

Steve himself is a very interesting fighter. He digs up materials such as wood, stone, red stone, iron, gold and diamonds to make tools so he can mine with his pickaxe. He can also dig with a shovel or attack with a sword and an ax. Players can also use the iron that comes out of the ground to use moves like his side B where he uses the iron to create a minecart. Another move that requires iron to be used is his down air. This creates an anvil that you can drop onto your opponents.

The way he moves and looks is amazing. He resembles his original form from Minecraft, which not a lot of people thought would be possible in a fighting style game. He has everything you want from his crouching and head movements being identical to his movements in Minecraft.

He brings a new type of playstyle with being passive to mine the materials to make your attacks stronger, and having really strong attacks to be able to kill early on in the game.

With Steve being added to the game, he will change up the meta in a huge way. The Smash community will adapt to this very new and interesting character.