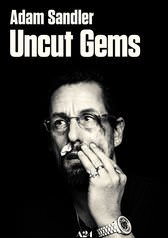 "Uncut Gems" is one of the many movies which have been added to various online streaming services. Below are more suggestions to keep you busy during the times of isolation.

As we all have been passing the time during coronavirus lockdown, many people have turned to streaming services to find entertainment while in self-isolation. Since movie theaters are closed, here are a few newly released movies to stream and where to watch them:

In this politically satirical thriller, a lower-class family living in the slums of South Korea devise an elaborate plan to infiltrate a rich family’s home to make money and excel in the class chain. However, when a series of unfortunate events occur, the family’s plan turns into a fight for survival against a force they would have never seen coming. This is the ninth film from Oscar-winning director Bong Joon Ho and it is without a doubt his greatest work to date. If you’re interested in a fun, smart, and scary movie to watch, “Parasite” is a worthwhile watch. Streaming on Hulu, Amazon Prime and iTunes.

Pixar returns to their magical roots in their new emotional-comedy “Onward,” directed by Dan Scanlon (of “Monsters University”). The film takes place in a fantasy world with an uprising trend of inconvenient technology, where two elf brothers played by Tom Holland and Chris Pratt, go on a dangerous quest to find a magical gem, which has the power to help them reunite with their deceased father. It’s a fun adventure that can be easily accessed by anyone interested in a simple and fun animated movie. Streaming on Disney+ and Amazon Prime.

From debut-director Olivia Wilde, “Booksmart” is a teen comedy about two senior girls in high school (played by Beanie Feldstein, Kaitlyn Dever) who attempt to go to an end-of-the-year party the night before graduation. This is a fantastically written and extremely funny buddy-comedy which compares to the likes of other teen comedies (“Superbad” and “The Breakfast Club”), while still maintaining a wonderful and emotional focus on the two main characters. This is a wonderful film that will go down in history as a modern teen classic. Streaming on Hulu, Amazon Prime and iTunes.

From directors, Josh & Benny Safdie (of “Uncut Gems” and “Heaven Knows What”), comes a one-of-a-kind movie experience that looks at the crime thriller genre from a whole new perspective. In the film, Connie (Robert Pattinson) and his mentally-handicapped brother Nick (Benny Safdie) rob a bank in Long Island but a series of events causes the plan to go tragically bad. Connie escapes the scene, leaving Nick to be arrested and taken to Rikers Island Penitentiary. In order to bail his brother out of prison, Connie goes on a nightlong journey to retrieve enough money to save his brother. It’s an edge-of-your-seat thriller that can only be described as blood-rushing. The Safdie Brothers have made some of the most stylized movies in recent memory and “Good Time” is no exception. Streaming on Netflix, Amazon Prime and iTunes.

“Star Wars: The Rise Of Skywalker”

It’s here, the long-awaited finale to the Skywalker Saga is here. In the ninth chapter in the Star Wars films, it’s discovered that the evil Emperor Palpatine did not die at the hands of Darth Vader, the rebels must race against the clock to find out his whereabouts. Finn and Poe lead the Resistance to put a stop to the First Order’s plans to form a new Empire, while Rey anticipates her inevitable confrontation with Kylo Ren. The movie is a great film for fans of the series and a good action movie on its own. Streaming on Disney+, Amazon Prime and iTunes.

Back to the work of the infamous Safdie Brothers, their newest release “Uncut Gems” (their most praised and successful work to date) is now available to rent and own through streaming platforms. In the film, a fast-talking New York City jeweler (Adam Sandler) risks gambles and makes crazy risks at the expense of those around him just to keep himself afloat. With signature stylized actions and a sledgehammer performance from Sandler, “Uncut Gems” makes for a very entertaining and thrilling ride that’s sure to be another Safdie crime-thriller classic. Streaming on Amazon Prime, iTunes and YouTube Movies.

“The Call Of The Wild”

In this action and adventure film from director Chris Sanders, a sled dog named Buck struggles for survival in the wilds of the Yukon, alongside his newfound owner (Harrison Ford). While a little by-the-numbers but still heartwarming and fun, “The Call of the Wild” remains as a classic story and affectionately retold. The movie, based on Jack London’s classic book, is a great and easily accessible film that anyone can enjoy. Streaming on Amazon Prime, iTunes and Vudu.

From writer-director Greta Gerwig (director of “Lady Bird”), comes her second feature film. Years after the Civil War, Jo (Saorise Ronan of Lady Bird) lives in New York and makes her living as a writer, while her sister Amy (Florence Pugh) studies painting in Paris. Their oldest sibling, Meg (Emma Watson), is married to a schoolteacher, while the fourth sister Beth (Eliza Scanlen) develops a devastating illness that brings the family back together. It’s a very lighthearted and empowering retelling of the timeless novel by Louisa May Scott. Streaming on Amazon Prime, YouTube TV and Vudu.