LAUSD closes all campuses in response to rapid spread of coronavirus 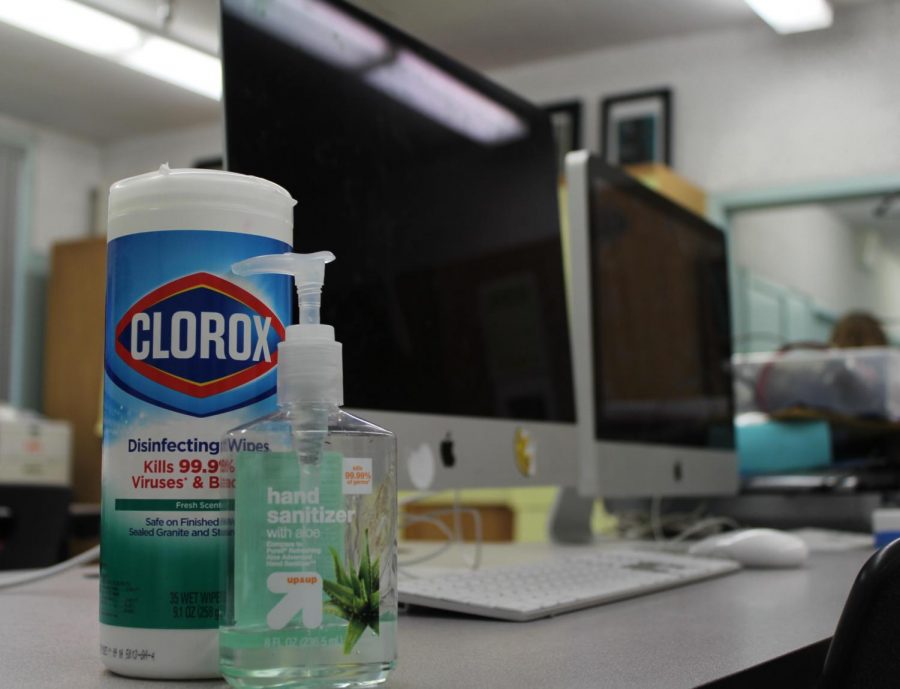 Clorox wipes and hand sanitizer was available for student use in journalism/English teacher Adriana Chavira's room on March 13. Many teachers had sanitizing products in their classroom as a way to keep students safe.

Today, the Los Angeles Unified School District (LAUSD), the second-largest school district in the nation, announced plans to close schools for two weeks starting Monday, March 16 to prevent the spread of the coronavirus.

“California has now entered a critical new phase in the fight to stop the spread of the COVID-19 pandemic,” Superintendent Austin Beutner of LAUSD and San Diego Superintendent Cindy Marten said in a joint statement. “There is evidence the virus is already present in the communities we serve and our efforts now must be aimed at preventing its spread. We believe closing the state’s two largest school districts will make an important contribution to this effort.”

This worldwide pandemic has caused much worry to not only students but parents as well. The fear has increased to the point that LAUSD has closed down its campuses just as universities and other schools had done days before.

Also today, President Donald Trump announced a state of national emergency in regards to the coronavirus, which has caused at least one death in Los Angeles County. This allows federal government money to be distributed to state governments.

To provide for LAUSD parents, 40 family resource centers will be open on March 18 from 6 a.m-6 p.m and will include child care and hot meals. According to its website, LAUSD will provide a resource guide for families before March 16 to answer any questions. All Birmingham Community Charter High School sports will also be canceled until further notice.

Schools will be closed for approximately two weeks as the districts decide what the next steps will be. During this time, plans have been set up for students to continue their education via Edgenuity, Schoology and packets.

“People will be able to better navigate their Schoology and they (won’t) have much of an option on that end,” history teacher Francisco Ortega said. “I think there will be some loss of productivity.”

During this time, LAUSD is taking the opportunity to deep clean schools. According to an article by The Los Angeles Times, tests ran by the U.S government and scientists have found that the coronavirus can live in the air for several hours and on some surfaces for as long as two to three days.

“We’ll most likely be sanitizing the whole school, all the door handles, doors, restrooms, pretty much from top to bottom most likely,” custodian Juan Amezcua said. “I know what needs to be done.”