Athlete of the Month: Rodriguez kicks up to successful final season 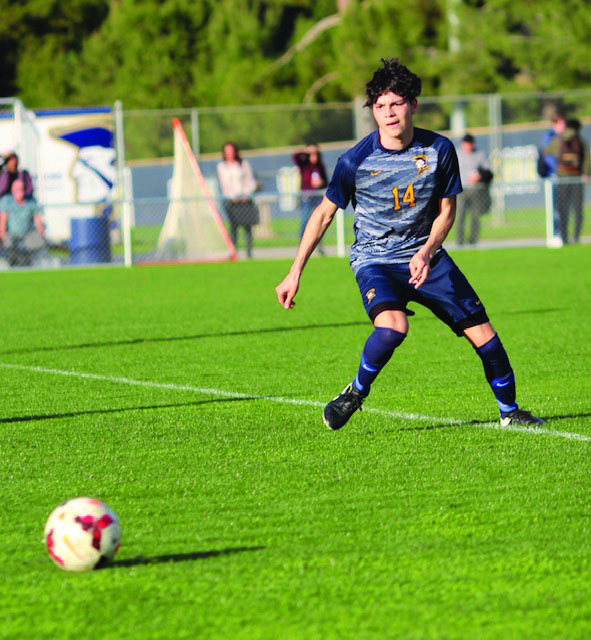 As the ball zooms back and forth from player to player, with his heart beating out of his chest, senior Christopher Rodriguez sprints to steal the ball once more.

“When I first held a soccer ball in my hands I fell in love with it, I never wanted to let go of it or stop kicking it,” Rodriguez said.

Rodriguez discovered his love of soccer at the age of three and is now a starter on the Birmingham Community Charter High School Varsity Boys Soccer team. Helping his team get to the top, the team placed second in the league with a 6-2-2 overall record.

Soccer plays a huge role in his day considering that he joined the Patriots fully as a senior this year and quickly made an impact on his team. Beforehand, he dedicated a majority of time to his club team until making the decision to join this year.

“When I scored my first goal in high school season, it was a header that won the game and sent my team to the final in a pre-season tournament,” Rodriguez said.

It was easy to fall in love with the game having seen someone so close to him adore it the way his father did. Now, Rodriguez holds that same love and has accomplished many victories alongside the boys he calls his team.

“I started playing because of my dad. I always went to his Sunday League games and just loved every second of it,” Rodriguez said.

From his journey within the field, he has learned how to get out of his comfort zone and that pursuing something you love requires hard work. Rodriguez holds optimism toward continuing his career in soccer, using this as his primary goal to keep pushing through.

“Obviously soccer won’t be with me forever due to age, but once I start making a living off of it and living my dream playing soccer as a job, then I will know I made it,” Rodriguez said.