The “impossible” is not so impossible with veganism 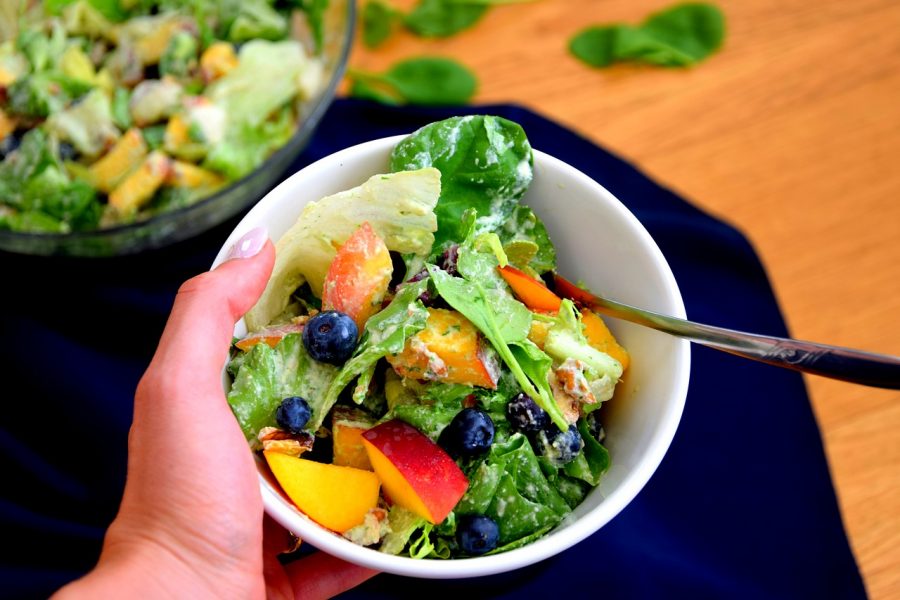 Vegetarianism has spread across America, with approximately two percent of Americans identify as vegetarian. One four of them are vegans.

Veganism and vegetarianism have both become increasingly popular and now two percent of Americans say they are vegetarian, a fourth of those are vegan.

For some vegans and vegetarians, not consuming animal products is their way of reducing their carbon footprint, some an ethical decision and some a health decision. Animal agriculture makes up 18% of all greenhouse gas emissions and producing just one pound of meat uses over 2,400 gallons of water. This is considerably more than the water used for the production of fruits and vegetables.

With more and more people switching to plant-based diets, the market and sale for such products has grown out of specialty health food stores and into mainstream chain stores. Stores like Target and Ralphs now carry oat milk and meat substitutes alongside regular products. Switching to one of these diets is now easier than ever and support among celebrities like Joaquin Phoenix and Natalie Portman has pushed it further. Many Hollywood awards shows earlier this year are also deciding to go vegan. This year, the food served at the Oscars events was almost entirely plant-based and no bottled water was served.

A vegetarian going-on vegan myself, the ignorance and resistance to facts such as these, clearly stating the effects of a meat-heavy diet makes me wonder why any ethical, conscious person would continue to support such a harmful, cruel industry. The environmental impact alone of the meat industry challenges capitalistic greed for the top spot of the worst pollutant. Additionally, the unethical, inhumane conditions livestock are subjected to daily are sickening. Countless documentaries like “Earthlings” by Shaun Monson and online videos display this for the public to see.

When faced with opposition to the benefits of a plant-based diet, it is astounding the misinformation that serves as the defense of meat-eaters. This is not to add to the individual guilting of the common consumer perpetuated by corporations trying to distract from their own faults. Many cultural dishes are reliant on if not completely dependent on meat and many aren’t willing to give up the dishes that hold so much significance to them. Additionally, while more accessible than in the past, vegan foods are still pricier than their meat or dairy-based counterparts, making these diets harder for lower-income people.

With this in mind, the exclusion of meat even if just once a week can prove to be helpful not only to one’s personal health but also to the planet’s. Things like going meatless or dairy-free every Monday or eliminating meat where it’s not necessary to a dish or there is an alternative option (ie: not ordering chicken in your curry but instead tofu, soymilk in your latte instead of dairy milk). Taking steps to cut down if not completely eliminate meat from your diet can show your consciousness, understanding and support for people observing these changes daily.