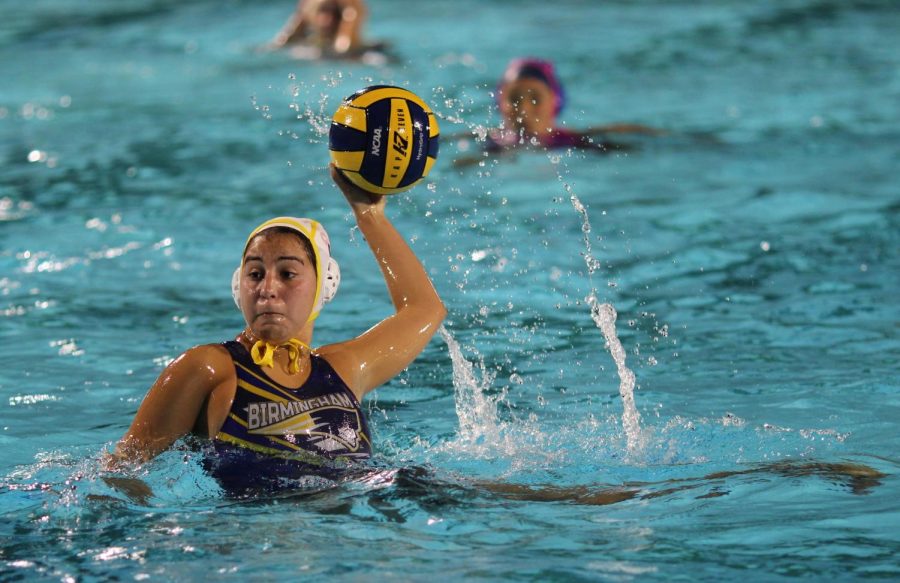 Varsity Team Captain Amelia Sanchez prepares to aim the ball into the net during the City Championship game against Palisades Charter High School on Feb. 20. The game was held at Los Angeles Valley College.

The Lady Patriots became California Interscholastic Federation champions beating the Palisades Charter High School Dolphins as they clashed for the second year in a row in pursuit of glory.

“I believe that we all love each other as a team,” varsity Julissa Jaco said. “Our communication is amazing and we all worked very hard to become city champions.”

“As a team, we all believed in ourselves,” varsity Petra Vass said. “Why can’t it be us, why don’t we deserve to win because we worked so hard to get here.”

Throughout the season, the Lady Patriots repeatedly pushed each other to become better not only as individuals but as a team resulting in finishing their season off with a record of 21-11. The trust and chemistry built through the season ultimately became their biggest weapon in the championship game.

“I think we had all the trust, love and communication,” varsity sophomore Annabella Powell said.

Most of the team will be returning next year in hopes of winning back-to-back championships like juniors Amelia Sanchez and Petra Vass and sophomores Audrina Murphy and Annabella Powell. For senior Julissa Jaco, her final water polo game will be something she will remember forever.

Tears of joy and excitement flooded the pool deck as the Birmingham girl’s water polo team are 2020 CIF champions.

“We never stopped fighting until we have achieved our goal,” varsity driver Audrina Murphy said.