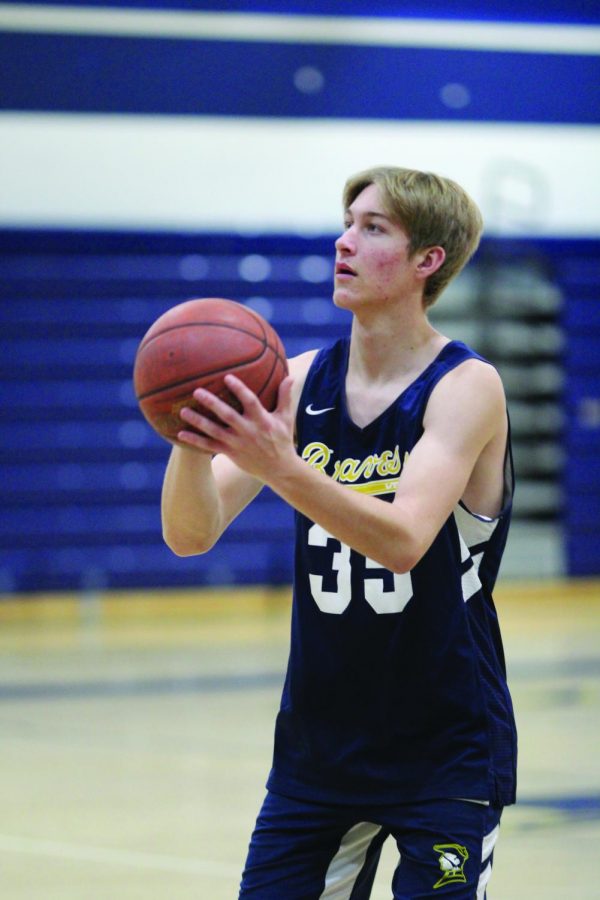 Senior forward Cuyler Huffman prepares to shoot the ball during practice on Jan. 30.

The Birmingham Community Charter High School boys basketball season comes to a close after a season full of excitement.

The team has had many ups and downs, with a current win streak of 8 games and an upcoming game against Chatsworth Charter High School on Feb. 7. The team is remaining very optimistic about making it a 9 game win streak.

“This season has been going well. We started off a little slow but we have definitely picked it up,” senior Cuyler Huffman said

With many new players and some returning, the team has proven this season that they can really work together and maximize their ability to master this chemistry. This turned out well as the Patriots boast a 17-7 record.

“I feel like I could have helped motivate the team a little more. In the end, I think we all really worked hard,” Huffman said.

With the Daniel Pearl Magnet High School senior graduating this year, he wishes the team the best of luck for the upcoming season and hopes they can achieve greater goals.

“I think the team should carry on the winning tradition. One of the most memorable games was against Sierra Canyon. It was really fun. It was televised and we played against really good players,” Huffman said.