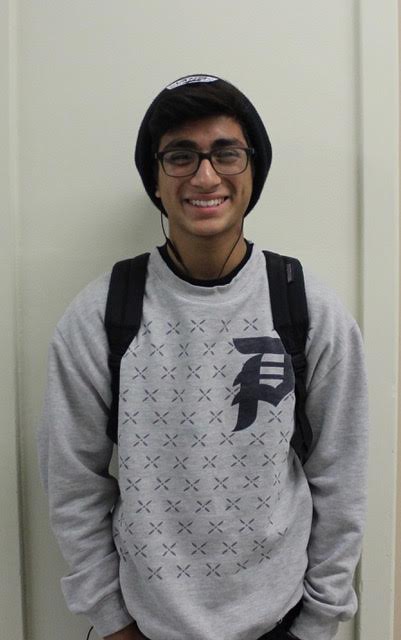 Sophomore Derek Calderon, who has a black belt in taekwondo, received a scholarship through the Hollywood Community Youth Scholarship Program for being an all-around model student.

“I got chosen because I have been in the program for so long and a model for everyone,” Calderon said. “I was the youngest black belt and have been to many events and am a star student.”

Calderon has been doing taekwondo with the Hollywood Police Activities League(PAL) for 11 years. On Dec. 12, Calderon was recognized and chose between four prizes in total. The prizes included $500 to $1,000, a laptop or a scholarship. Calderon chose the scholarship that acknowledges his outstanding achievement in the program. The same night Derek received the award, he was asked to give a speech.

“When they told me I was the only one giving a speech, I got completely nervous because I wasn’t ready and didn’t have a speech ready,” Calderon said. “Throughout the night before the speech, I worked on it.”

Calderon was also the only one in his whole family to receive such an honor despite most of his family participating in the same program. While he received this scholarship, it actually wasn’t specified what the scholarship was for. It was just given to the outstanding youth that took part in the program.

“When I received the award, I was very honored,” Calderon said. “But I was also very nervous because I was the only one that had to give a speech.”

This is not the first time he’s received an opportunity to showcase his talents. Last year, he conducted a rehearsal of the Hollywood Chamber Orchestra as part of International Academy of Young Conductors.

The Hollywood PAL program works to help kids from ages six to 17 from low-income families. The program offers many different activities such as soccer, arts, tutoring, summer enrichment classes, martial arts and much more. They are also partners with the Los Angeles Police Department(LAPD). LAPD helps with a lot of the kids’ needs from transportation to offering sponsorships. They have helped the kids in many ways.

“They help us with literally anything imaginable,” Calderon said. “Transportation, security, sponsors and a family.”