She is the fourth DPMHS student to win that award since the school was founded in 2009. 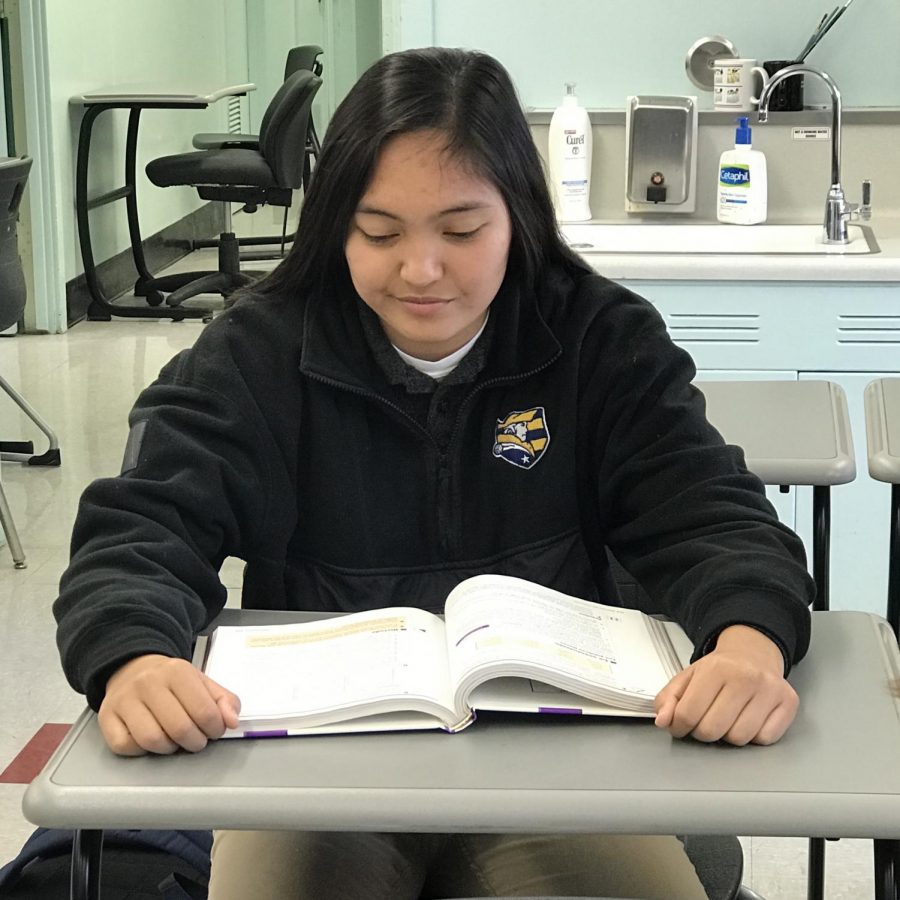 Senior Keonabelle Paniagua received the Posse Foundation scholarship, which pays for tuition for four years at certain private colleges. She plans to attend Pepperdine University and major in sports medicine.

As seniors fill out college application after application, 17-year-old Keonabelle Paniagua revels in the news that she received the Posse Foundation, a scholarship that provides a full ride to Pepperdine University.

“Excited isn’t even close to how I feel,” said senior Paniagua, who was notified of her award last week. “ I feel so grateful to all my teachers and friends and family. Honestly, it doesn’t even feel real.”

The last time a Daniel Pearl Magnet High student received the Posse scholarship was in 2016. The Posse Foundation identifies, recruits and trains individuals with extraordinary leadership potential. Posse scholars receive full-tuition leadership scholarships from Posse’s partnering colleges and universities, such as Pepperdine University. Paniagua was nominated for the scholarship by Counselor Martina Torres, who was also very excited to hear about Paniagua winning.

“Who wouldn’t be excited for her,” Torres said. “Posse looks for natural leader and Keona doesn’t fake it.”

To actually get to the status of receiving the scholarship, though, is a long and strenuous process. Paniagua had to go through three different interviews for the scholarship and throughout the whole process, she described being anxious and hesitant, but slowly became more comfortable and confident. For her first interview, she had to work in a group. Her second was a one-on-one interview with more personal questions. Her third interview was a mixture of both, which meant she really had to open up and learn the ability to become vulnerable.

Last year, Paniagua received the Warren Christopher Scholarship, which awards students with $20,000 for college. She also participates in several extracurricular activities such as volleyball all four years of high school, track, Filipino Club, Interact Club, martial arts, weight lifting and boxing, along with a GPA at a score of 3.98. She has also participated in various school performances, including the annual Daniel Pearl World Music Day. A lot of stress comes with all her activities, though.

With the help of this scholarship, Paniagua wants to major in sports medicine and minor in nonprofit management.

“She’s a fighter,” Torres said. “ She is a role model, a hard worker and well-deserving of this scholarship.”