Sitcom, “One Day at a Time” shows diversification one episode at a time 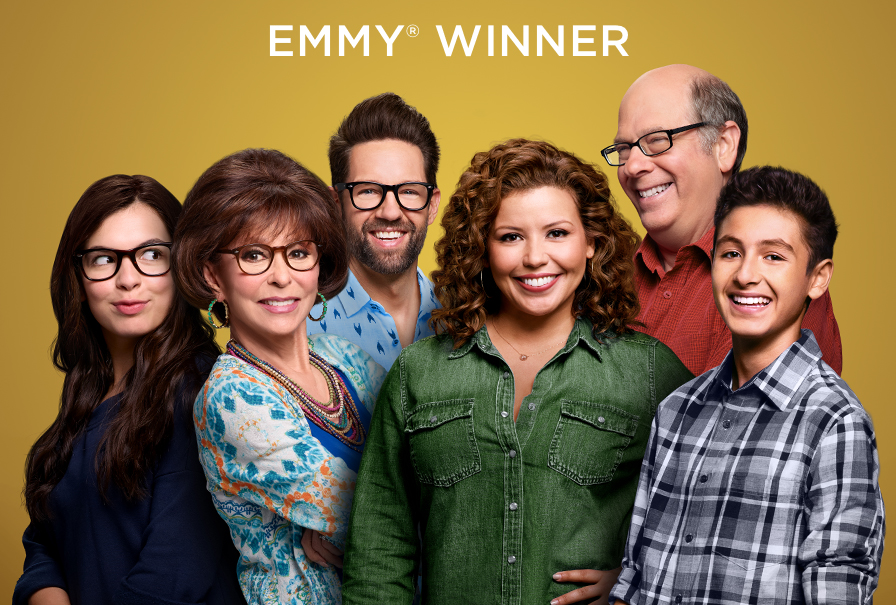 "One Day at a Time" continues with its fourth season on PopTv in March 2020.

As the show One Day At A Time prepares to start filming its fourth season in January, the embracement of Latinx culture continues to bring a camera lens to show the diversity of those who usually aren’t on the television screen.

The show surrounds a Cuban family (the Alvarez’s): A divorced war veteran mother who struggles with PTSD (Post-Traumatic Stress Disorder), a teenage daughter who came out as a lesbian to the family, a son who is bullied for his race and a sometimes overbearing grandmother who lives with them. All the chaos in the household resembles what many families go through in some aspect or another.

The Alvarez family isn’t afraid to show how their Cuban roots influence their day-to-day lives. From the loud singing, the constant dancing and the traditional Cuban recipes, this show is able to bring comfort to those families who do not live the fancy, suburban lives that are often depicted on television.  Not to mention, the cast is also made up of a majority of Latino actors, it’s refreshing to see my heritage reflected onto the screen.

Netflix originally cut its relations with ODAAT but the fans did not disappoint. It’s difficult to find these unifying shows and due to the sense of home in this one, the fans’ devastation was able to raise the series into a new family. The PopTV family picked it up shortly after the fans flooded social media with outrage and sadness.

Being able to look back at a person with the same skin and traditions on a television is lacking heavily and that is what ODAAT brings to fans. With diverse shows like “Orange Is the New Black” and “Sense 8” being either cancelled or wrapped up, the colorful presence on screen is fading away.

The series dives into greater issues with the way the family lives. In season two, the first episode deals with an outsider  feeling all too familiar to 55.9 million people who come from Latino Descent.

After getting picked on for his family cheering loudly in the stands for him during a baseball game, Alex gets angry at his family for fitting the stereotype of being “loud.” His mother Penelope Alvarez,  played by Justina Machado, sits with him and discovers that Alex has been teased and bullied because of what he looks like and where he is from.

“I don’t want to be different,” the youngest and only son Alex Alvarez, played by Marcel Ruiz, said.

Some will say the show does not really showcase what Latinx people go through. In the comment sections of Rotten Tomatoes, there have been critiques that the show is inappropriate for younger audiences due to the issues tackled in the episodes.

However, in many schools, students are shamed for not fitting a certain description. Being called a “wetback” because of the color of skin is an issue that has been all too real for Latinos. ODAAT allows people to know it’s okay to embrace their culture, and that at the end of the day, what makes you unique is a good thing.