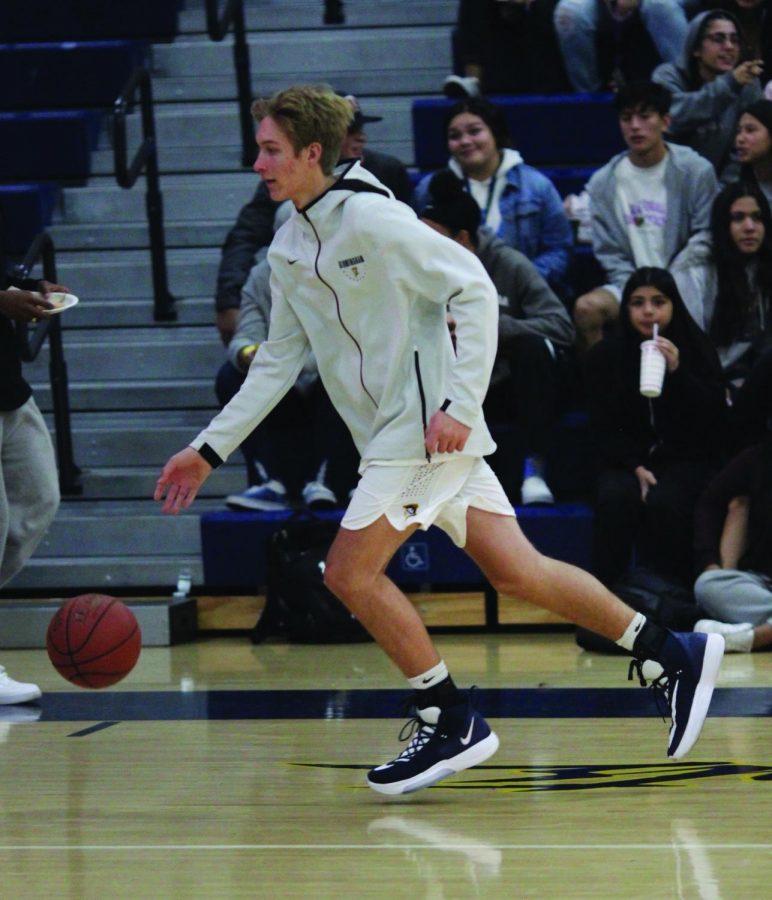 With Birmingham Community Charter High School boys basketball season having started, there is definitely a gratified feeling throughout the players due to their five-game win streak.

Players are excited to get back into season to collaborate with incoming players to learn and teach them new skills and traditions.

“We are practicing once each day with team bonding activities and it has helped everyone get into the mentality of winning,” senior varsity forward Cuyler Huffman said.

The Patriots recently beat Westlake High School 85-61 on Nov. 30 and currently have a record of 5-0. With the next game on Dec. 5 against Van Nuys High School, they are extremely excited to continue their winning streak.

“Last season, we were all learning to play together, and this season we have new and returning players that are trying to work on team chemistry,” Huffman said.

With new players and a new strategy, the Patriots are building their players up and preparing them for the long road ahead.

“I am really excited for this upcoming season and think we can accomplish many things one being winning league and the other winning city,” Huffman said.