Artist of the Month: Ruel 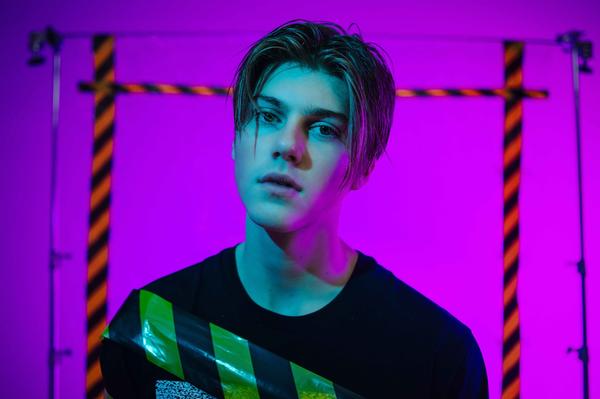 Australian singer-songwriter, Ruel is currently on his Free Time World Tour which will continue until Feb. 2020.

Ruel is a pop artist best known for his singles “Don’t Tell Me,” and “Younger.” In 2015, he was discovered by Grammy Award-winning producer Mark Landon, better known by his stage name M-Phazes.

The singer made his official debut on the M-Phazes’ track “Golden Years,” in April 2017. Shortly after, Ruel was invited to perform on Australian radio station Triple J’s “Like A Version,” segment where he sang a basic version of  “Golden Years.” The video became one of the most viewed “Like A Version” performances of 2017 after receiving over half a million plays in just 48 hours.

Shortly after, in July 2017, Ruel released “Don’t Tell Me,”  inspired by the feelings of 14-year-old Ruel after he spoke to his family about a girl he liked at the time. His parents told him he was too young to think about love, which frustrated him enough to write a song.

“I thought ‘they can’t tell me how to feel’, so I wrote a song about,” Ruel said in an interview with VanFest. “I never thought it would lead to all of this.”

In September 2017, the song sparked the attention of many fans, including singer-songwriter Elton John, who promoted the song on BBC Radio 1.

“This is a 14-year-old boy with an amazing track,” Elton John said. “It’s astonishing someone so young can write something so good.”

“Ready,” Ruel’s debut extended play (EP) has already surpassed 100 million global streams and features with standout singles “Don’t Tell Me,” “Dazed and Confused,” “Younger” and “Not Thinkin’ Bout You.” With the success of his first debut EP, he recently released his second EP “Freetime” on Sept. 13 through RCA records. Currently, he’s on his sold-out North American tour  that will end in Feb. 2020. The multi-platinum seller’s newly released EP features songs with soulful lyrics about the transition to adulthood.

“It did change a lot, especially the arc. The main reason that changed was just my maturity,” Ruel said in an interview with TeenVogue. “The lyrical content is a lot more mature, and production-wise I really wanted to get involved as much as possible to make sure it’s what I would want to listen to as well. I wanted to have all my influences kind of come through this EP.”