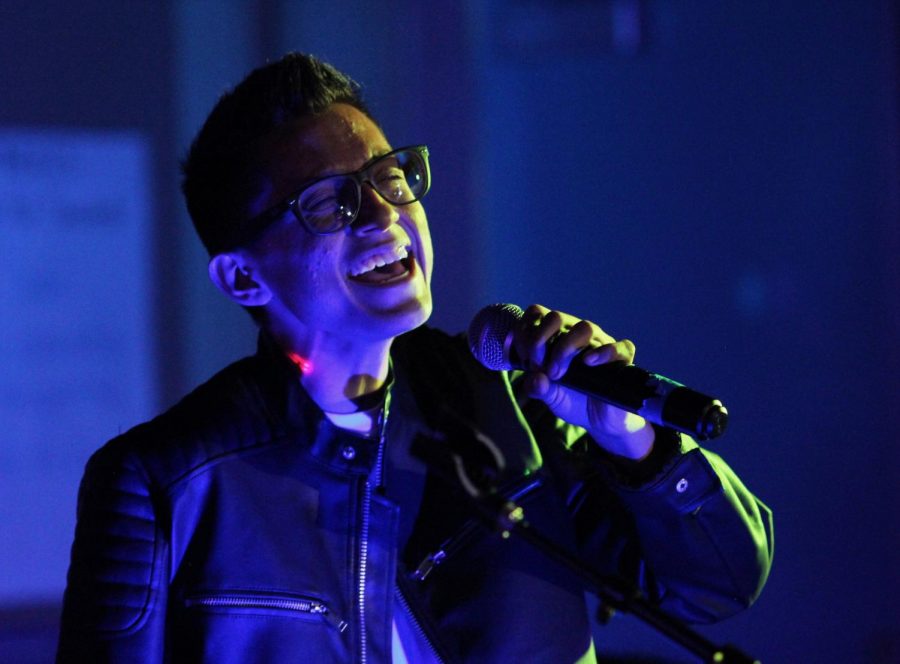 The lights dimmed and the spotlight shone on the chorus as the Daniel Pearl World Music Day (DPWMD) performance began.

“Not only we celebrate it but, DPWMD is something practiced around the whole world,” senior keyboardist, guitarist and singer Darren Reyes said. “I really like how that’s a connection between people.”

Students, staff and parents were all welcome to attend the performance which celebrates Daniel Pearl’s love for music and the arts began at 7 p.m. The musicians began the event by singing the “Star-Spangled Banner.” With a list of 15 songs to perform, they sang upbeat songs like “I Just Want To Celebrate,” “La Bamba,” “Dancing Queen,” “1999” and many more.

Throughout the performance, a combination of the drums, keyboard, guitar and bass beautifully blended with the singers’ voices. As the performance went on, the crowd sang along and took videos of the performers while moving to the melody of the songs.

“When I started, it was more about spreading peace, love and all that,” senior keyboardist and singer Jason Echeverría said. “Now, we’re starting to convert it more into partying and celebrating.”

Many seniors have spent the past four years performing in DPWMD. Many were shy, nervous freshmen about performing their first year but over time, they’ve been able to grow comfortable with the colorful light illuminating their faces while singing some of their favorite songs.

“It made me more confident in my singing and how I act because presenting and performing in front of people is very scary and nerve-racking,” senior singer Katharina Hanna said. “Just performing can have that thrill and can boost your confidence.”

The celebration came to a close as the performance was wrapped up with the song “Let’s Dance” by David Bowie. The smiles were endless among the seniors taking their final bow performing in DPWMD. With the room filled with nostalgia and applauds, the musicians look back on all their performances and friendships with their arms hanging over each others’ shoulders. These are bonds that many performers will cherish undoubtedly.