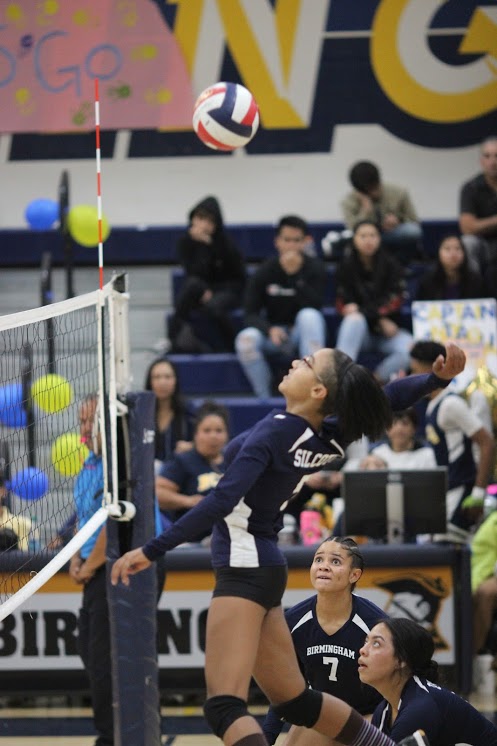 This season, they are determined to make a statement and win another championship. With many new faces on the squad and returning players, this season had its ups and downs. They knew hard work and teamwork will help along the season.

“I think the season will go well as we have a good mix of returning players and new players on the team,” freshman Naamah Silcott said.

The team’s last game was against Chatsworth Charter High School where they lost 3-0. They currently sit at a record of 2-18.

Even though not having won any game last season, the Lady Patriots were able to come out on top and win the Division III California Interscholastic Federation championship. They were able to make a deep playoff run while under head coach LeAnne-Riley Bennett.

Their first regular season game was against Granada Hills Charter High School, which ended in a loss but the team planned on working harder to reach their goal of winning the championship once again. With the guidance from head coach Bennett, this season should go by smooth sailing.

“Now, teams expect us to be better and win more games,” senior varsity player Cindy Ovalle said. “We have to get better now since we won a ring last year.”