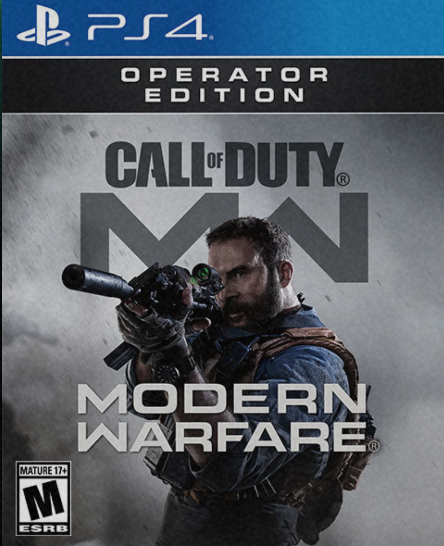 The Call of Duty franchise will attempt to go back to their roots with the release of "Call of Duty Modern Warfare" on Oct. 25

Set to release on Oct. 25 Activision’s new upcoming  “Call of Duty Modern Warfare” is just around the corner and fans should be expecting a wide range of new features being incorporated into the franchise.

Published by Activision and developed by Infinity Ward, the game will be released on Microsoft Windows, Playstation 4 and Xbox One.

Activision has stated they are “looking to take the franchise into a new direction” by including new modes such as Ground War where two teams of 32 players battle it out to control the five map objectives within the given time frame. Also with the return of classic “Spec Ops” instead of the “Zombies,” fans are excited to be a part of some returning missions and relive the co-op experience.

The campaign follows multiple characters in different locations around the Middle East and shines light on modern-day warfare. The introduction of “Realism Mode” highlights the quick decision-making skills operators must possess in an urban environment.

With Activision’s main goal to portray modern warfare, there has also been the introduction of “Night Ops” missions where players must rely on their night vision goggles to seek out their enemies.

Modern Warfare is the Call of Duty Series 16th installment and for the first time there will be no Season Pass. This means players will obtain new maps and missions for no premium price. This is best compared to Battlefield V where players receive a regular stream of content updates that would enhance the gaming experience. So far, fan input on the game’s beta is very positive and there has been a very strong agreement throughout the community that the Call of Duty franchise is returning to its old roots.