The Valley is affected by large-scale wildfire

Students are released from school early due to poor air quality in the area. 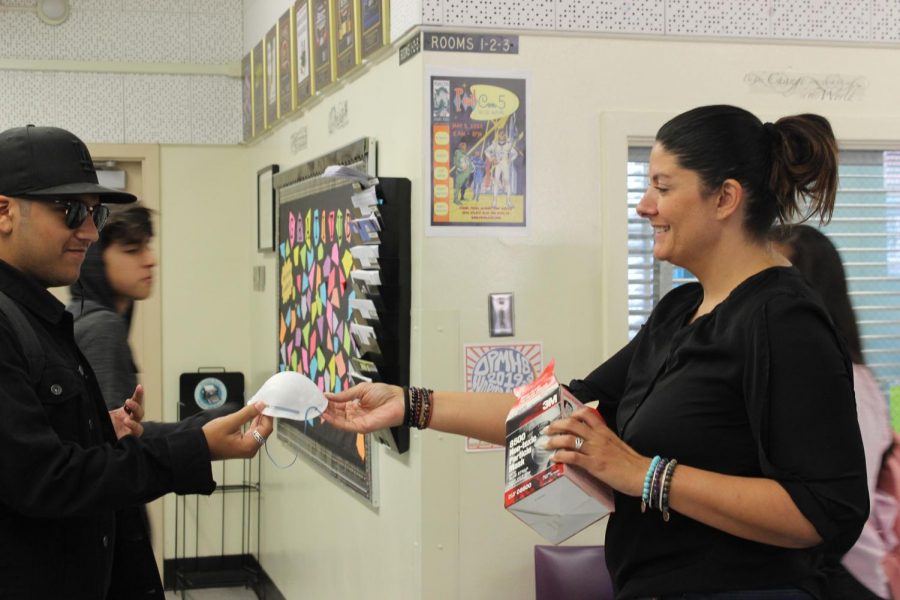 The Saddleridge fire erupted late Thursday evening in Sylmar and is growing at 800 acres an hour with cities like Porter Ranch being greatly affected. The Los Angeles Fire Department states the fire has burned past 4,700 acres and burned 25 homes so far and is being carried by the strong Santa Ana winds.

“My siblings have not been able to go to school,” junior August Defore said. “My sister goes to Kennedy High School and my brother goes to Stagg and their school is canceled.”

Birmingham Community Charter High School closed for today and all sports have been canceled except for the boys water polo team, which has a tournament in Downey.

Principal Pia Damonte handed out disposable face masks to students who were sensitive to the smoke in the air. Many students are asthmatic and needed the masks to help breathe.

“I’ve been coughing a lot this morning and the air quality is pretty bad right now,” junior Jefferey Vasquez said.

Evacuations were issued across the neighborhoods of Porter Ranch and Oak Ridge Estates affecting 23,000 homes. Along with the evacuations, large portions of the 5, 210 and North 405 freeways have been closed.

Earlier this morning, LAUSD issued some school closures in the affected areas due to poor air quality to schools near the affected areas. As the morning progressed, all schools in the Northeast and Northwest Local District were put on a minimum day schedule and students were kept indoors. While many students showed up at school this morning, many parents picked up their children before the 12:27 p.m. bell rang. California State University Northridge and Los Angeles Mission College closed today, too.