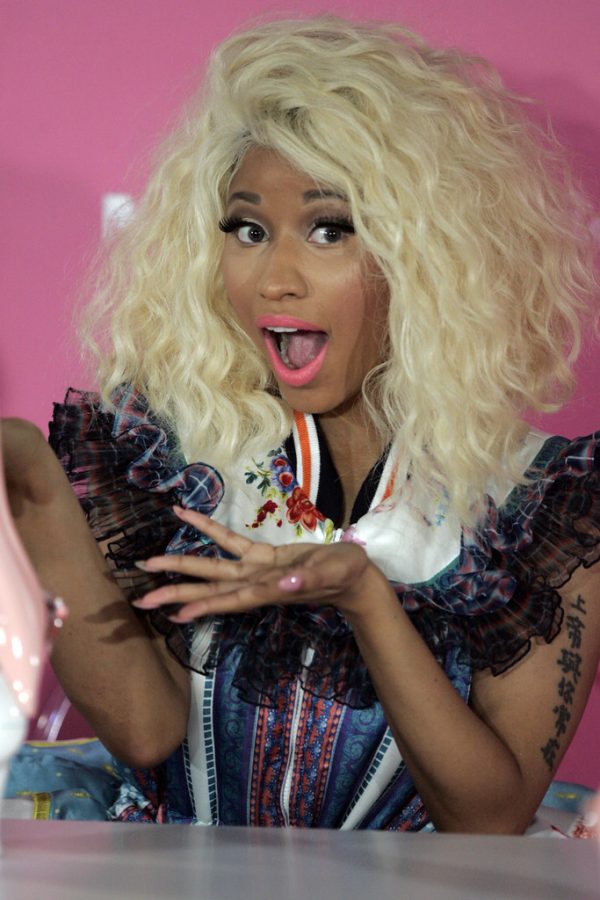 Nicki Minaj surprises fans by tweeting her retirement on Sept. 5.

Female rapper Onika Maraj, more famously known as Nicki Minaj left many speechless when she announced her retirement from her music career through Twitter.

“I feel like she’s lying because she’s really good at rapping,”  senior Joshua Pernillo said. “It’s her career and she loves it.”

Minaj has been in the music industry for 12 years and has been widely known for her outrageous outfits and sharp rapping. She was discovered by American rapper Lil Wayne and signed to Young Money Entertainment before she made her 2010 debut studio album Pink Friday. Though she has had much success since then, many speculated that trolls might have gotten into her head.

“I’ve decided to retire and have my family. I know you guys are happy now. To my fans, keep reppin me, do it til da death of me, in the box- cuz ain’t nobody checkin me. Love you for LIFE,” 36-year-old Minaj tweeted on Sept. 5.

The tweet has since been deleted. After the shocked reaction from her fans, Minaj apologized for the abrupt announcement.

“In hindsight, this should’ve been a Queen Radio discussion and it will be,” Minaj tweeted, referring to her Beats One show. “The tweet was abrupt and insensitive, I apologize babe.”

Ever since her first mixtape, “Playtime is Over,” Minaj has become 10-time Grammy nominated artist and won various awards for Best Hip-Hop Video and won the BET awards for Best Female Hip-Hop Artist from 2010 to 2016. To add to all her other achievements, Minaj also has platinum studio albums which are “Pink Friday”, “The Pinkprint” and “Queen.”

In retrospect, Minaj is clearly a brilliant artist that has reshaped the road for modern day female rappers. She is an inspiration to many, including fellow rapper Queen Latifah.

“Once you’re a rapper, you’re always a rapper. She’ll be back,” 49-year-old Latifah said.