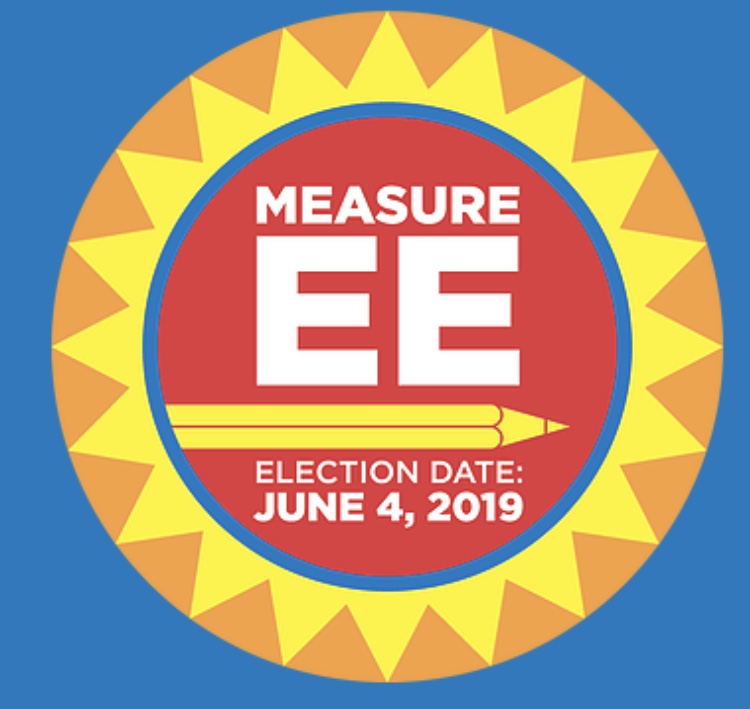 The special election for Measure EE will be on June 4.

A special election for Measure EE on June 4 will determine whether the Los Angeles Unified School District (LAUSD) will receive $500 million a year for the next 12 years to achieve the goals agreed to end the Teachers’ strike, which was smaller classes, full-time nurses and other policies.

Ever since the United Teacher’s of Los Angeles (UTLA) teacher strike in January, LAUSD is in need of money to fund public education. The $500 million would come from the Measure EE parcel tax, which calls for a 16 cent increase per square foot of a building within LAUSD boundaries. Owners of larger homes and businesses would pay more than owners of smaller homes or business

Los Angeles Unified Fellow Kristen Kruger stated in an email interview that Measure EE funds would be spent on specific programs in the language of the ballot, such as lowering class sizes and to keep high-quality teachers and employees.

“The implementation of Measure EE does not require the collection of the $0.16 per square foot levy on improvements used for parking,” Kruger said. “Whether residential or non-residential.”

If two-thirds or about 66% of the ballot is approved, Measure EE funds will be used to fund schools without the worry of the money being used for unrelated school equipment and materials. If the ballot does not get approved, according to an article from the Daily News,  it will set the district back financially from their funding goal and form a major loss politically for the superintendent and the union.

Meanwhile, for teachers and staff, there are rules as to how they can inform and influence people to vote while serving “on the clock.” Employees are allowed to provide information that will explain what the tax measure will achieve, distribute unbiased information about Measure EE as well as the benefits and the costs. However, during school hours, they are not allowed to influence people on how to vote for the measure.

“If Measure EE does not pass, Los Angeles Unified will not be able to fund the types of improvements listed in the text of the measure,” Kruger said. “And will need to alter its current plan to sustain services in schools and classrooms.”