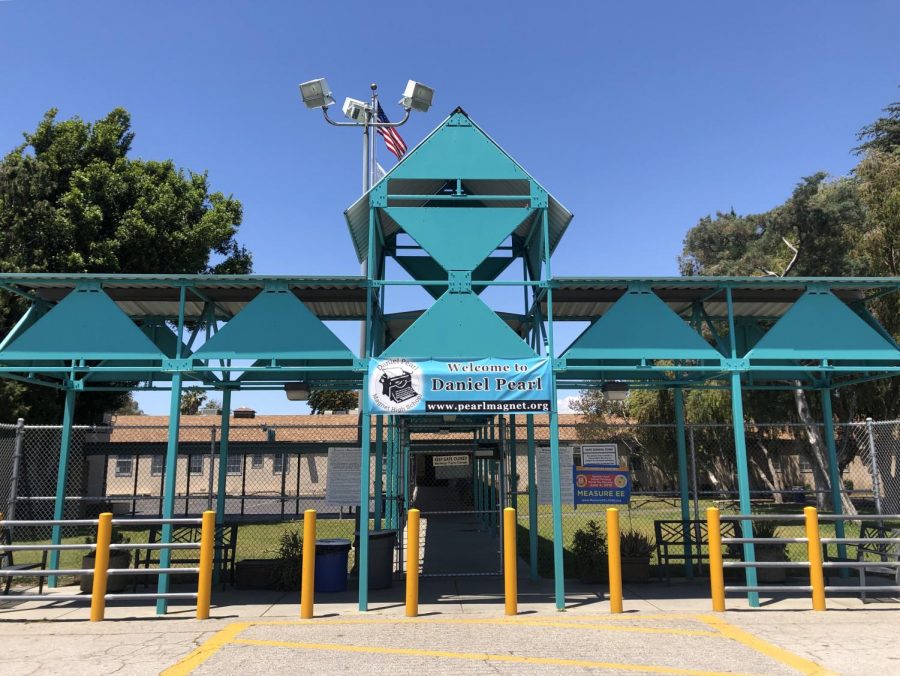 As the current school year comes to an end, Daniel Pearl Magnet High School (DPMHS) closes its chapter on its 10-year anniversary.

Initially, the school was a magnet within Birmingham High School when it was still a part of Los Angeles Unified School District (LAUSD). In 2009, when it transitioned into Birmingham Community Charter High School, the Daniel Pearl Journalism and Communications Magnet split into its own independent school despite the two schools remaining on the same campus.

Following several disagreements between the schools throughout the first year, DPMHS moved onto its present-day campus in the fall of 2010.

The new campus was an extension of Birmingham General Hospital during World War II and operated under the military. Afterward, in 1980, the West Valley Special Ed School opened up on the campus until closing in 2010.

As one of the smallest comprehensive stand-alone high schools in the LAUSD, DPMHS graduation rate is unparalleled at 98-100% compared to the district’s average of 80%. In DPMHS’ first year as a standalone school, the graduating class had a pass rate of 95.5%.

In its second year, DPMHS had a pass rate of 94% for the California High School Exit Examination (CAHSEE), one of the highest in the district. Additionally, the school earned a score of 823 for the Academic Performance Index (API) for that school year.

The population has always been small, with student enrollment fluctuating each year. With the maximum capacity being 500 students on campus, there is always a push toward expanding the school. Currently, there are less than 340 students enrolled, but in its first year, there were 313 students. Highest enrollment was marked at 416 students in the 2013-14 school year. This smaller population allows for students to receive more support from teachers and staff, and be recognized for their own personal achievements.

“We have a quality educational program here,” Schaffter said. “We put a lot of effort into making sure that students feel welcome and that they feel like a part of something important. We strive to maintain academic excellence in whatever we do.”

Despite the small size of the school, a majority of the classes DPMHS provides meet the  University of California system requirements for entrance. There are currently seven Advanced Placement (AP) courses offered: English Language and Composition, English Literature and Composition, United States Government and Politics, United States History, World History, Calculus AB and Calculus BC. As well as additional tutoring for courses not covered in the curriculum, like AP Spanish Language.

“I know we have contributed to the growth of many of our students who are going to top universities,” Spanish teacher Glenda Hurtado said. “Most of the UC’s are represented and we have sent students off to private colleges. We’ve had great success in that area.”

Other classes not taught through the school’s curriculum were covered through various online programs. The local community college, Pierce College, teaches a class on the campus at least once each semester. In the past, psychology, anthropology and philosophy have been taught on campus. Even though DPMHS lacks its own sports team, students are able to play for the BCCHS teams and the school assists them in accommodating the change in their schedule.

DPMHS is especially widely recognized for its comprehensive journalism magnet program. Established in 2014, the school’s broadcast network, Pearl Net News, works to teach students various media and editing skills. The school newspaper, The Pearl Post, has won several awards through the L.A. Press Club and the Southern California Journalism Education Association and has even won the Online Pacemaker Award, given by the National Scholastic Press Association, in April.

Editors on the newspaper staff have been accepted into summer workshops, including the Asian-American Journalism Association J-Camp. The staff’s work has also reached a wide audience as it has been published on PBS Student Reporting Labs, Los Angeles Times High School Insider and on the Best of SNO (School Newspapers Online) site.

Despite the many successes of the school, DPMHS still strives to achieve more and grow from its beginnings as a small, hidden high school.

“That’s the nature of schools,” history teacher Davy Mauermann said. “People come and go, students come and go. It’s the same school but it’s also different because we’ve grown in some ways and not others.”