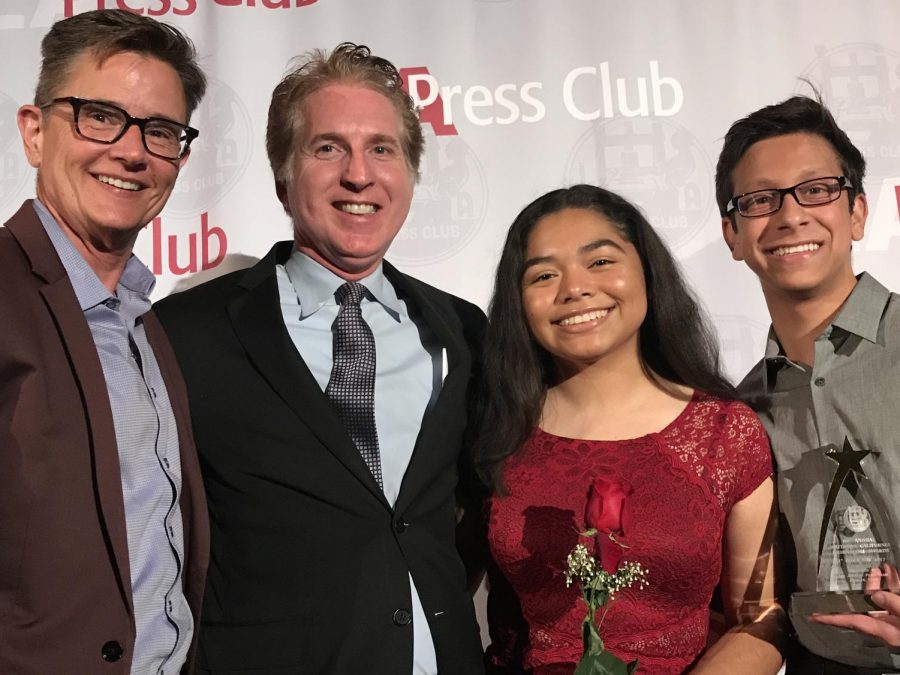 Add being a Los Angeles Press Club finalist to the list of accomplishments The Pearl Post staff has received this school year after nominations were released on May 14.

“It makes me really happy and proud of our staff,” senior Chidbachian said. “Our staff is making such great work and accomplishments and it really sets the standards for next year.”

The 61st SoCal Journalism Awards Gala will take place at the Millennium Biltmore Hotel in Downtown Los Angeles on June 30.

This is the seventh time The Pearl Post has been named a finalist for “Best High School Newspaper” and the sixth time the news website has been up for “Best News Website.” It’s also the second time the publication has been nominated under “Best News Writing.”

“It feels good to be named finalists,” sophomore Luna said. “I am really proud of the work we have done this year and I think we deserve it.”

Wanatick and Luna hope to bring the information they have learned from writing stories and from the senior editors on staff to better guide next year’s staff toward more awards.

Cintigo and Chidbachian have been on staff since their sophomore year so becoming finalists means the world them. Both being editors in chiefs for their publication, they hope to leave a positive message to the remaining staff.

“This is our third year on staff so it feels like a reflection of doing journalism all these years and being recognized,” Cintigo said. “ I know the staff was working really hard this year. I’m really proud of them so I hope they take it as a compliment and recognition and that their work is really valued and important.”